Japan Prime Minister Shinzo Abe was on a two-day visit to India to participate in the 12th India-Japan Annual Summit at Mahatma Mandir in Gandhinagar, Gujarat. Besides the exchange of visits by officials and ministers, summit level meetings between Prime Ministers of both the countries have become the norm over the last decade. Read the India-Japan relationship amid of China's presence in Sount Asian region. 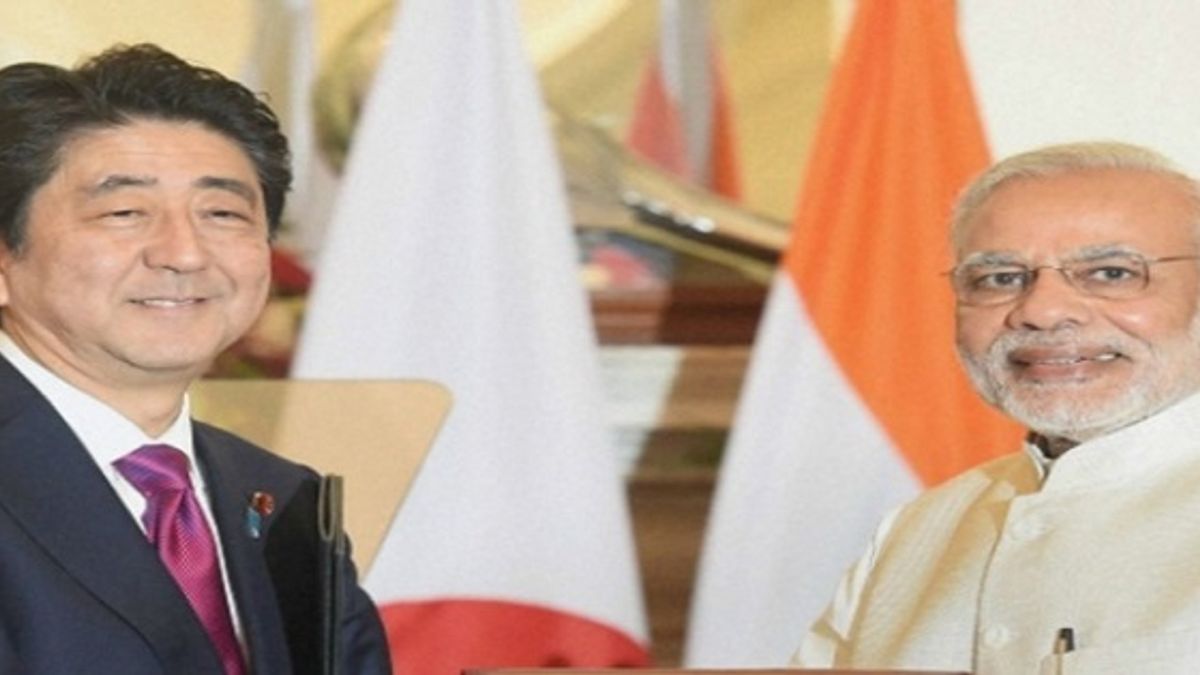 Japan Prime Minister Shinzo Abe is on a two-day visit to India to participate in the 12th India-Japan Annual Summit at Mahatma Mandir in Gandhinagar, Gujarat. Besides the exchange of visits by officials and ministers, summit level meetings between Prime Ministers of both the countries have become the norm over the last decade, the newly infused dynamism into the relationship by the successive governments in India (Manmohan Singh and Narendra Modi) and Japan (under the leadership of Shinzo Abe) is termed transformative and is largely driven by the domestic, regional and global factors.

While China’s growing assertiveness in the Indian Ocean as well as the South China Sea in the Pacific Ocean, its souring relationship with Japan and inconsistent relationship with India constitutes the regional factors, the competition between the USA and China on the global stage, the USA’s historical alliance with Japan and deepening strategic bond between the USA and India in recent years, which are viewed as counter to China, constitute global factors behind the growing India-Japan friendship in recent years.

It is against this backdrop, it is essential to understand the present nature of India-Japan bilateral relations, the reasons behind the growth and the China factor in India-Japan relations.

Background
The friendship between India and Japan has a long history rooted in spiritual affinity and strong cultural and civilizational ties. India’s earliest documented direct contact with Japan was with the Todaiji Temple in Nara, where the consecration or eye-opening of the towering statue of Lord Buddha was performed by an Indian monk, Bodhisena, in 752 AD.
The modern nation States have carried on the positive legacy of the old association which has been strengthened by shared values of belief in democracy, individual freedom and the rule of law. Over the years, the two countries have built upon these values and created a partnership based on both principle and pragmatism. Today, India is the largest democracy in Asia and Japan the most prosperous.

Salient aspects of the India-Japan political relations are –

Salient aspects of the India-Japan political relations are –

Salient aspects of the India-Japan Defence and Security cooperation are -

1. Both the countries have border (land/maritime) issues with China- a common ‘enemy’ for India and Japan.

2. Alliance with the USA, and its Pivot to Asia Policy in the Asia-Pacific Region.

So, India has a great opportunity if she able to align its AEP with the USA and it will be pivotal to Asia through the Joint Strategic Vision, India seeks to expand its geo-strategic space to contend with China’s growing assertiveness and foster balanced relations.

3. The dominance of China in the South China Sea and the Indian Ocean and Pacific Region.The threat to commercial and strategic interests of both the nations.

4. The issue of Democracy and Human Rights, shared values of democracy binds together.

Conclusion.
Despite the visible signs of Chinese factor behind the deepening friendship between India and Japan, Indian leadership has been restraint enough and matured. In sum, India is playing a balancing card to maintain the healthy relationship with its allies while it is Japan or China. India’s one step ahead on Doklam issue and its interests to resolve the issue with bilateral dialogues shows that India is not playing anything card while to maintain the healthy relation with Japan. According to the Japanese survey that India is the most favoured destination for long-term Japanese investment. So, it will too not be justified to say that Japan is playing any China card while maintaining its long-term relationship with India.

SCO Membership and It's Significance for India