India would be participating in the multi-nation Square Kilometre Array (SKA) - a large multi-radio telescope project aimed to be built in Australia, New Zealand, and South Africa, where the view of the Milky Way Galaxy is best and radio interference least. 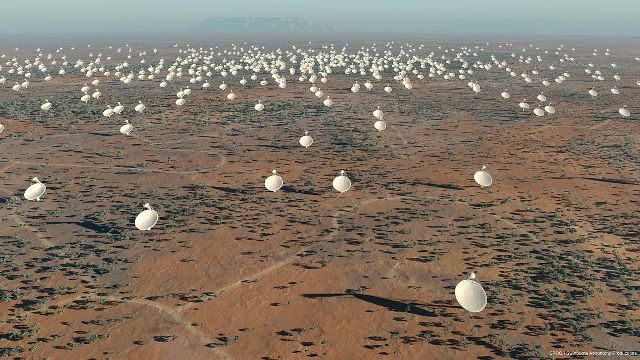 India and South would be jointly expanding their efforts in tracing the evolution of galaxies thereby, further strengthening their 20 years of strategic partnership.

India would be participating in the multi-nation Square Kilometre Array (SKA) - a large multi radio telescope project aimed to be built in Australia, New Zealand, and South Africa, where the view of the Milky Way Galaxy is best and radio interference least.

The telescope when built would be the world’s most powerful radio telescope and it would have a total collecting area of approximately one square kilometre.

• It will be a premier radio astronomy facility with stations located in Africa and Australia.

• Unlike optical telescopes that can be hampered by cloud or poor weather conditions on Earth, radio telescopes, working with signals at a longer wavelength, would work even in cloudy skies.

• The telescopes are capable of detecting invisible gas and can reveal areas of space that may be obscured by cosmic dust.

• MeerKAT, a 64-dish precursor radio telescope to SKA, is currently being built in South Africa.

• The telescope’s arsenal of 64 receptors will eventually be integrated into the SKA.

• When fully functional, the SKA is expected to have a total of at least 3,000 dishes spread across a square kilometre spanning across two continents.

• The telescope is expected to be fully functional in the 2020s.

Other research areas where India and South Africa would be collaborating include the study of transient events, developing new technology for optical and radio telescopes and future research with the SKA.