According to the World Bank’s Global Economic Prospects report, India’s economy will grow by 6.7% during the current fiscal year, higher than the 6.5% estimate by the Indian government. The report said that With this growth, India is set to regain the top spot in world's fastest-growing economies. 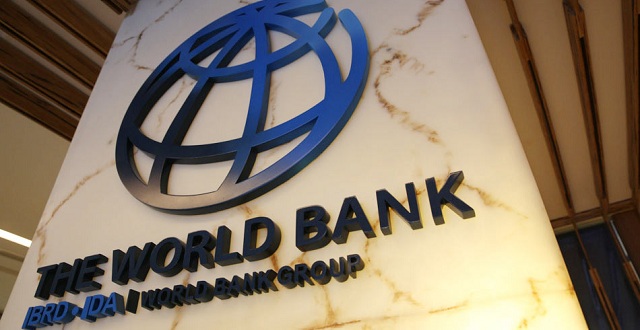 According to the World Bank’s Global Economic Prospects report, India’s economy will grow by 6.7% during the current fiscal year, higher than the 6.5% estimate by the Indian government.

The report further stated that the Gross Domestic Product (GDP) growth is expected to raise at 7.3% in 2018-19, and with this growth, India is set to regain the top spot in world's fastest-growing economies.

World Bank’s Global Economic Prospects report
Because of the disruptions occurred in the economy from the Goods and Services Tax (GST), the report reduced the growth estimate for 2017-18 by 0.1% from its June 2017 projection. However, it raised the growth forecast for 2018-19 by 0.1% from the June figure.

The World Bank outlined the benefits from GST in the medium run and said that GST is expected to benefit economic activity and fiscal sustainability by reducing the cost of complying with multiple state tax systems, drawing informal activity into the formal sector, and expanding the tax base.

As per the report, India’s global trade recovery is expected to lift exports in coming days. It also said that India will gain from recent reforms including the demonetisation, and the ‘Make in India’ initiative. And these steps have helped improve the ease of doing business.

The World Bank estimated for China’s economic growth for 2017 at 6.8% and forecasted 6.4 % increase in 2018.
In its report, the World Bank said that the world economy is recovering from the financial crisis that hit the world in 2011. And as per it, 2018 is the first year since the financial crisis which is on track to operate with near full capacity.

IMF estimates
The World Bank’s report estimate is in line with the International Monetary Fund’s (IMF) projection of 6.7% for 2017.

The IMF, however, forecasted a slightly higher growth estimate of 7.4% for 2018.