Iran has asked Interpol to issue a "red notice" for Trump and the other individuals involved in the killing of Soleimani. 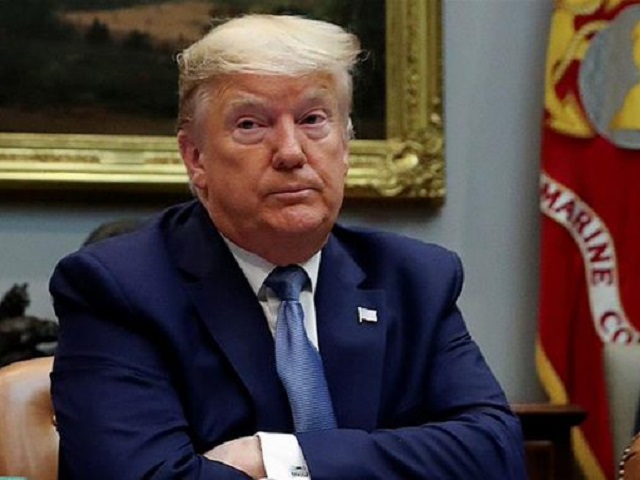 Iran has issued an arrest warrant for US President Donald Trump over the killing of top Iranian general in January, Qasem Soleimani.

Iran has issued arrest warrants for 36 people including Trump in relation to slaying of Islamic Revolution Guard Corps commander Qasem Soleimani. According to Iran’s attorney general, the US President is on top of the list.

Iran has asked Interpol to issue a "red notice" for Trump and the other individuals involved in the killing of Soleimani. Iran’s prosecutor Ali Alqasimehr stated that Trump would be prosecuted as soon as he stands down presidency after his term ends.’

Alqasimehr stated that the warrants have been issued on charges of murder and terrorist action. The 35 other accused include US military and civilian officials.The United States and Interpol both dismissed the idea of acting on such a warrant.

Who was Qasem Soleimani?

Qasem Soleimani was Iran’s top General who was killed by the US in a drone strike in Iraq on January 3, 2020. Soleimani was the Commander of Iran’s Revolutionary Guards’ Quds Force.

Why was Soleimani killed?

The United States accused Qasem Soleimani of masterminding attacks by Iranian-aligned militias on US forces in the region.

Selfless Hero for Iran, Terrorist for others?

• Qasem Soleimani was a top Iranian major general, who served as the Commander of IRGC’s Quds Force from 1998 till his death in 2020. The Quds Force was a division primarily responsible for extraterritorial military and clandestine operations.

• Soleimani was considered as the second most powerful person in Iran behind Ayatollah Khamenei, the current Supreme Leader of Iran.

• Soleimani had provided assistance to Hezbollah in Lebanon and in 2012, he had helped bolster the Syrian government and its president, Bashar al-Assad, who was a key ally of Iran.

• He also oversaw Iran's operations in the Syrian Civil War and helped plan the Russian military intervention in Syria. He also oversaw Kurdish and Shia militia forces in Iraq and was one of the first to support them by providing them with arms.

• Iranians viewed him as a selfless hero fighting Iran’s enemies, while globally Soleimani faced sanctions from the United Nations and the European Union. He was designated as a terrorist by the United States in 2005.

• The Quds Force itself is listed as a terrorist organization by countries including the United States, Canada, Saudi Arabia and Bahrain.

Soleimani was assassinated in a targeted drone strike on January 3, 2020 in Baghdad, Iraq’s capital. The strike had taken place on the orders of US President Donald Trump. The Iranian government condemned the strike and his funeral witnessed mass mourning.

The killing of Soleimani majorly escalated the tensions between the nations and Iran retaliated by launching missiles targeting US bases in Iraq. No lives were lost. Iran’s parliament also passed a bill designating all forces of the United States as terrorists on January 7, 2020.