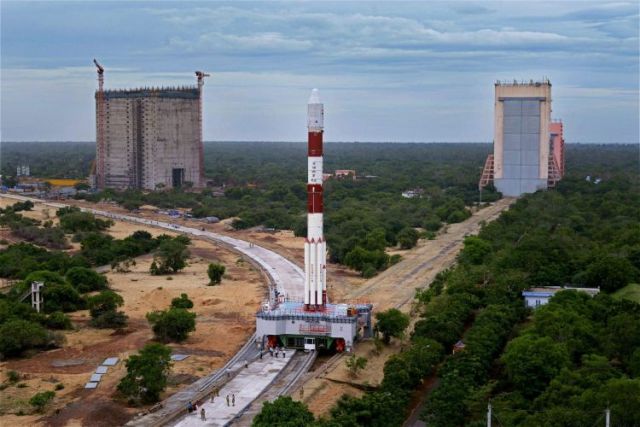 The satellite will lift off at 7 pm from the second launch pad of the Satish Dhawan Space Centre at Sriharikota in Andhra Pradesh. The 29-hour countdown for the mission began at 2 pm on 30 August.

• The satellite IRNSS-1H is a part of the indigenous navigation system called ‘NavIC’ that was initially planned to have a constellation of seven satellites.

• It is being launched as a backup navigation satellite for IRNSS-1A, first of the seven satellites in the constellation, as three of its rubidium atomic clocks on board, which are meant to provide accurate location data, had stopped functioning.

• The new satellite boasts of a much-improved version of atomic clocks which will ensure correctness of time and improve synchronization of equipment on Earth.

• Similar to its IRNSS predecessors, IRNSS-1H also carries two types of payloads such as navigation payload and ranging payload:

- The navigation payload of IRNSS-1H will transmit navigation service signals to the users. This payload will be operating in L5-band and S-band.

- The ranging payload of IRNSS-1H comprises a C-band transponder, which facilitates accurate determination of the range of the satellite. IRNSS-1H also carries Corner Cube Retro Reflectors for laser ranging.

The 1,425-kg spacecraft was built and tested by ISRO along with a consortium of six small and medium industries, led by Bengaluru-based Alpha Design Technologies that successfully completed 25 percent of the development work of IRNSS-1H, under the guidance of ISRO scientists.

The private company, Alpha Design Technologies has also received the order to build another navigation satellite IRNSS-1I, which is scheduled to be launched by April 2018.

• It was named 'NavIC' (Navigation with Indian Constellation) by Prime Minister Narendra Modi.

• Having footprint of the whole of India, the system aims to help user agencies to plan and monitor their vehicular movements on both land and sea.

• It will also make valuable contributions to an accurate survey of territories.

• According to ISRO, telecom and power grid operations would also be able to benefit immensely from the data of the NavIC system.