Jammu and Kashmir, Ladakh becomes Union Territory from today: Know what has changed?

In a notification issued late last night by the Home Ministry, the Jammu and Kashmir division of the ministry announced several steps, including the implementation of central laws in the state. Both Union Territories will be headed by Lieutenant Governor (LG) Girish Chandra Murmu and RK Mathur respectively. 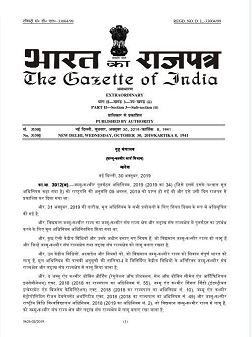 What will change in J&K?

• Right to Information (RTI) was not applicable in Jammu and Kashmir, which will now come into force.
• The Right to Education (RTE) rule will also apply. At the same time, CAG which was not yet implemented will also come into force.
• Now, Comptroller and Auditor General will be able to do the scrutiny of government expenditures.
• Indians from other states of the country can own property and settle in J&K and Ladakh.
• No Sharia law will restrict any women in Jammu and Kashmir. Women will be free to work and get educational degrees.
• The Union Territory of Jammu and Kashmir will have an assembly like Puducherry, while Ladakh will be a Union Territory with no assembly on the lines of Chandigarh.
• The centre will have direct control over the law and order and police of Jammu and Kashmir with the formation of Union Territory.

Also Read | Powers of Governors and Lt. Governors: How will it Impact two new UTs Jammu & Kashmir and Ladakh?

The geography of Jammu and Kashmir will officially change for the first time after the Treaty of Amritsar (1846) signed between Maharaja Gulab Singh and the British. The part of Jammu and Kashmir which is under the occupation of Pakistan is still an integral part of India. The Jammu and Kashmir region was later declared a special state with special constitutional powers under article 370. However, on August 05, 2019 it was announced by Home Minister Amit Shah that central government has revoked Article 370 and Jammu and Kashmir has been bifurcated into two UTs Jammu and Kashmir and Ladakh. It was also said that the day of formation of the two union territories is 31 October and will come into existence on midnight.

Also Read | Article 35A Scrapped: What is it and why it has been controversial? – Explained Here