Jharkhand Assembly Elections 2019 – All You Need To Know: Get all updates on results

Jharkhand Election Result 2019: The early trends of Jharkhand assembly results show neck-to-neck contest between the ruling BJP and the Congress+JMM+RJD alliance. Stay tuned for the latest news and updates here. 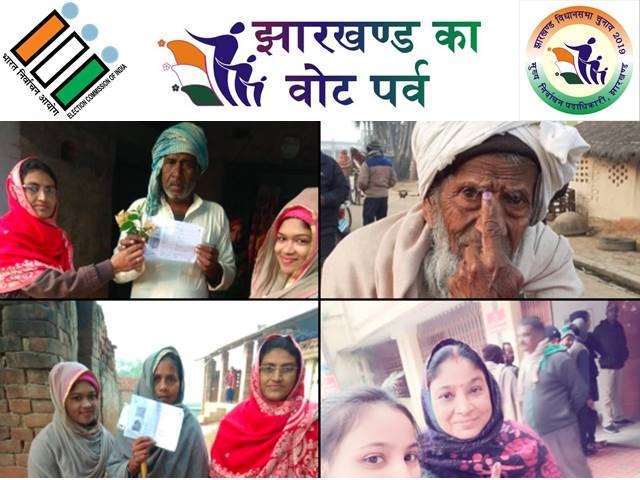 Jharkhand Election Result 2019: The Jharkhand Election Results 2019 will be revealed on December 23, 2019.  The Jharkhand exit polls had projected a hung assembly in Jharkhand with the BJP or the JMM emerging as the single largest party. The pollsters predicted major gains for the opposition alliance, which includes the JMM, Congress and the RJD. The exit polls were published after the conclusion of the final phase of polling on December 20, 2019.

The BJP and the Congress alliance are currently neck-to-neck in Jharkhand.  However, JMM's Hemant Soren is trailing in Dumka. Can Hemant Soren make a comeback, as predicted by Jharkhand exit poll results 2019 or will BJP’s Raghubar Das create history by becoming the first CM to return for a second term in Jharkhand? The final Jharkhand Election results will be announced by today evening.

The Congress, Jharkhand Mukti Morcha (JMM) and Rashtriya Janata Dal (RJD) alliance is giving tough fight to the BJP. The alliance has projected Hemant Soren as its key candidate while BJP is contesting in leadership of present state CM Raghubar Das. Hemant Soren is contesting from Dumka seat while Raghubar Das is leading from Jamshedpur East.

The Jharkhand exit polls were announced after the conclusion of voting in the final phase of polling. The Election Commission in the exercise of its powers under Section 126A of the Representation of the People Act, 1951 had prohibited the publishing of the exit poll result by any means including print, electronic media or any other manner between 7 am on November 30, 2019 and 5.30 pm on December 20, 2019.

What are exit polls?

An exit poll is a poll of voters, which is taken after the voter has cast his/ her vote. The poll predicts the final election result based on the response received from the voters. The exit poll is, however, dependent on the honesty of the voter and has been proven wrong in a few previous instances. The poll is conducted by many independent organizations such as Axis My India, C-voter and Jan Ki Baat.

What is an opinion poll?

Jharkhand went to polls on November 30, 2019, when the first phase of polling was held. The 2019 Jharkhand elections are very significant for the incumbent CM Raghubar Das from the BJP, who is battling an anti-incumbency wave due to large-scale unemployment and rural distress.

The main opposition is a tripartite alliance between the Congress, Jharkhand Mukti Morcha and the Rashtriya Janata Dal. The alliance seeks to overthrow the incumbent BJP government. The prominent candidates in the assembly elections include incumbent Jharkhand Chief Minister Raghubar Das, former CM Hemant Soren from Jharkhand Mukti Morcha, AJSU president Sudesh Mahto and the state's first CM Babulal Marandi from JVM. The first phase of polling in Jharkhand saw around 62.87 voter turnout, while the second phase saw 64 percent voter turnout and the third and the fourth phase saw 62 percent voter turnout each.

In the 2014 state assembly elections, the BJP had won 37 seats and formed the government in the state in alliance with the All Jharkhand Students’ Union and six MLAs from Jharkhand Vikas Morcha (JVM). On the other hand, the Congress, which had contested in 62 out of the total 81 seats, won just 6 seats.

The term of the Jharkhand assembly is scheduled to end on January 5, 2020. The state assembly has a total of 81 constituencies. The Election Commission had identified 19 districts out of the total 90 as majorly Maoist-affected areas. Overall, 67 assembly constituencies are majorly affected by left-wing extremism.