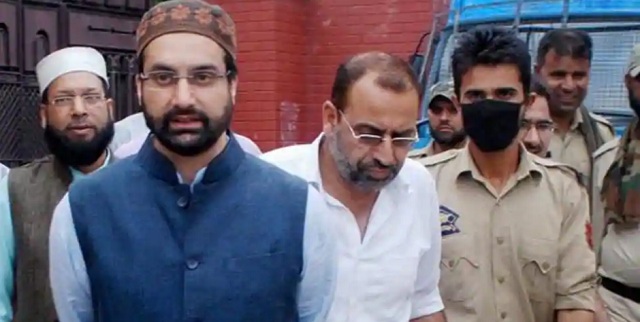 The security has been withdrawn for Abdul Gani Bhat, Bilal Lone, Hashim Qureshi, Fazal Haq Qureshi and Shabir Shah, besides Mirwaiz. The decision comes days after the shocking Pulwama terror attack, in which 44 CRPF personnel were killed.

• According to the order, all security and vehicles provided to the separatist leaders will stand withdrawn with immediate effect.

• Under it, no security forces or cover will be provided, under any pretext, to these leaders or any other separatists.

• The order states that if the separatists have any other facilities provided by Government, they will be withdrawn forthwith.

• Further, the state police will review if there are any other separatists who have security or facilities that will be withdrawn immediately.

Why were the Separatists provided with security?

The Jammu and Kashmir state government in consultation with the central government had provided these separatist leaders with ad hoc security, keeping in mind the threat to their lives from some militant groups.

The militants of Hizbul Mujahideen had killed Mirwaiz’s father, Mirwaiz Farooq, in 1990 and Abdul Gani Lone in 2002.

Reaction of the Separatists

Mirwaiz, who is one of the religious heads in Kashmir valley, said that the Hurriyat leaders had never asked for the security. “In fact, it was the government that insisted on keeping the personnel based on what they said was their assessment of threat perception,” he said.

Separatist leader Abdul Ghani Bhat also said, “Security was provided by state government, I don’t need it. My security is Kashmiri people. There are chances of war between Pakistan and India. Let them address the war issue first.”

The Minister said that some elements in Jammu and Kashmir have links with the ISI and terrorist organisations. Their security should be reviewed.