The Supreme Court of India has set aside the life ban imposed by the Board of Control of Cricket in India  on cricketer S Sreesanth for indulging in spot-fixing during 2013 Indian Premier League. The apex court has not disturbed the findings of guilt made by the disciplinary committee against the Kerala-based cricketer. 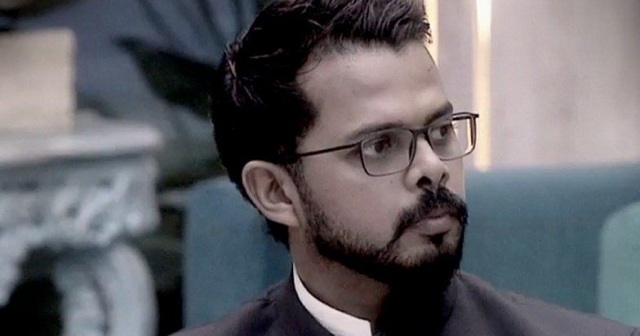 The Supreme Court of India on March 15, 2019 set aside the life ban imposed by the Board of Control of Cricket in India (BCCI) on cricketer S Sreesanth for indulging in spot-fixing during 2013 Indian Premier League.

The judgment was delivered by a two-judge bench, comprising Justices Ashok Bhushan and KM Joseph. The bench, while partly allowing Sreesanth's appeal to lift the ban, directed the disciplinary committee of the BCCI to take a decision on his quantum of punishment within the next 3 months.

Significantly, the apex court has not disturbed the findings of guilt made by the disciplinary committee against the Kerala-based cricketer.

• Despite upholding the findings by the disciplinary committee of the BCCI against former India cricketer S Sreesanth, the Supreme Court held that the quantum of punishment needs to be reviewed.

• The top court held that the BCCI has followed its procedure laid down in its anti-corruption code and Sreesanth cannot claim violation of natural justice.

• However, as regards imposition of the life ban, the court stated that the disciplinary committee did not consider mitigating circumstances.

• Hence, the court set aside the punishment part of the BCCI decision and ordered the disciplinary committee to take a fresh decision on Sreesanth's quantum of punishment.

• The decision with regard to the same has to be taken within three months.

On March 1, 2019, the Supreme Court had reserved its judgment on Sreesanth's appeal against the judgment of the High Court of Kerala, which had affirmed the life ban imposed by BCCI.

The cricketer contended that the life ban on him was completely unfair and that the Delhi Police continuously had tortured him in custody to extract confession of his involvement in the 2013 IPL spot-fixing scandal.

Sreesanth, who was arrested and later discharged by a trial court in July 2015 in a criminal case related to the alleged spot-fixing, claimed he had to confess his involvement in the alleged crime as police tortured him in custody and threatened to implicate his family in the case.

• On 16 May 2013, the Delhi police arrested Sreesanth and two of his Rajasthan Royals teammates, Ajit Chandila and Ankeet Chavan from Mumbai on charges of spot-fixing during the Indian Premier League.

• Following the arrest, all the three players had their Rajasthan Royals contracts suspended while their inquiries were pending.

• On 13 September 2013, Sreesanth and  Ankeet Chavan were banned for life by BCCI's disciplinary committee.

• In July 2015, Sreesanth and the two other players were let off by a Patiala House court in Delhi.

• The BCCI, however, had refused to alter its disciplinary decision even after the verdict.

• Following this Sreesanth had challenged the life ban against him in the Kerala High Court.

• The single-judge bench of Justice A Muhamed Mustaque had on 7 August lifted the life ban imposed on him by the BCCI.

• Justice Mustaque had also set aside all proceedings against Sreesanth initiated by the board.