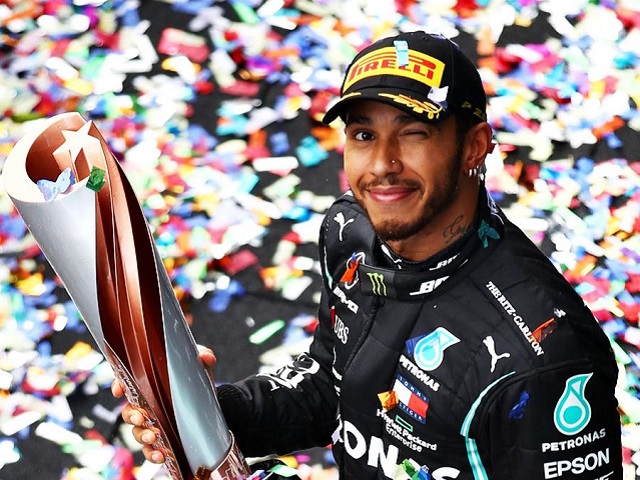 Hamilton had won his first world title in 2008. He later won six world championships to equal Schumacher's record between 2014 and 2020 ushering in a period of dominance.

He had equaled Schumacher's record after an astounding performance in the Turkish Grand Prix in November 2020, which was also his 10th victory of the season.  Hamilton also surpassed Michael Schumacher's all-time record of 91 wins in October 2020, taking his total win tally to 95.

Speaking on Lewis's honour, Formula 1's incoming CEO Stefano Domenicali said in an official statement that Lewis is a true giant of our sport and his influence is huge both in and out of a car.

•The UK knighthood and Damehood honour dates back to medieval times and carries the title 'Sir' for men and 'Dame' for women.

•The honour is conferred upon a select few for exceptional achievement and contribution in any given activity.

•Knighthoods and damehoods are traditionally presented with a touch of a sword by the Queen of England, Elizabeth II.

Member of the Order of the British Empire (MBE): The award recognises outstanding achievement or service to the community.

Officer of the Order of the British Empire (OBE): The award recognises people whose work has made them known nationally in their chosen area.

Commander of the Order of the British Empire (CBE): The award aims to recognise those who have a prominent but lesser role at the national level or a leading role at the regional level.