The Madras High Court has banned the use of photographs or pictures of living persons on banners, flex boards and signboards across the state of Tamil Nadu. Justice S Vaidyanathan passed the order while hearing a PIL filed by B Thirulochana Kumari, a resident of Rani Anna Nagar. 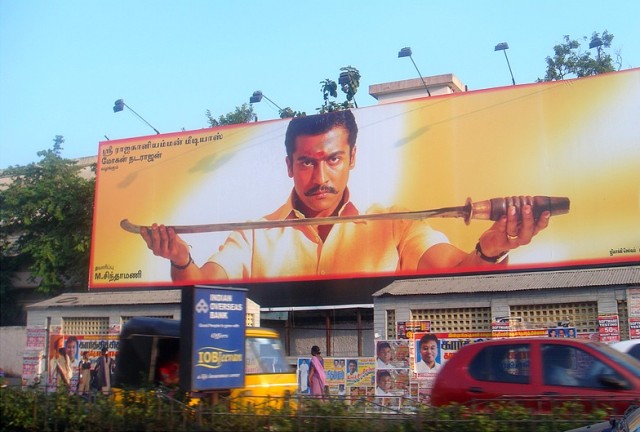 The Madras High Court on 24 October 2017 banned the use of photographs or pictures of living persons on banners, flex boards and sign-boards across the state of Tamil Nadu.

• Justice S Vaidyanathan passed the order while hearing a PIL filed by B Thirulochana Kumari, a resident of Rani Anna Nagar, who had appealed to the court to direct the Chennai Corporation and the city commissioner of police to remove political party banners and flags that were put up in front of her property.

• Kumari in her petition stated that a person named Mathi had put up a party flag in front of her property in April and on her objection, she was allegedly threatened by party workers.

• She then reportedly approached the Chennai Corporation and the police, who refused to file her complaint.

• While the flag post was removed later, a signboard and party flag were put up at the same spot.

• As the hearing proceeded, the concerned government departments however, agreed to remove the banners and flags from the front of Kumari’s property and ensure that such an act is not allowed in private residences in the future.

Meghalaya Election department to feature in Limca Book of Records

Following the hearing, the court issued a series of directions to the Chief Secretary to ensure that the provisions of the Tamil Nadu Open Places (Prevention of Disfigurement) Act, 1959 were complied with.

The directions of the court include:

- To ensure that the photographs or pictures of the persons, who are sponsoring such banners, shall also not be depicted.

- To send a circular in the same regard to all office-bearers of the wards of the town panchayat, panchayat union, municipality and corporation.

The ban would imply no more hoardings carrying publicity material of political parties or actors with images of living personalities in public spaces. This applies to random flex boards erected by individuals as well.