Shiv Sena MP Arvind Sawant has announced his resignation as the Union Minister of Heavy Industries and Public Enterprises. 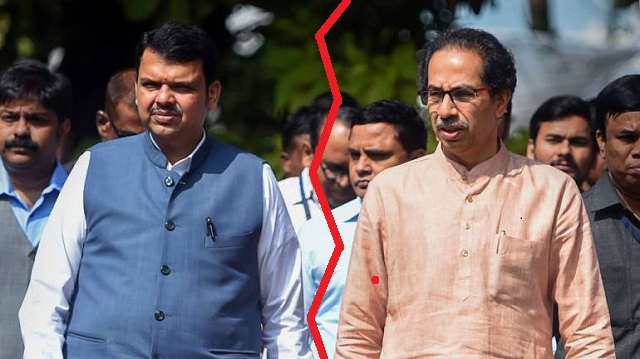 Shiv Sena to walk out of NDA?

The Maharashtra BJP President, Chandrakant Patil said during a press conference that the people of Maharashtra had given the mandate to the BJP-Shiv Sena alliance. “Since the Shiv Sena is not ready to provide support for government formation, we told the Governor that we will not be able to form the government in the state," said Patil.

After BJP's refusal, Maharashtra Governor Bhagat Singh Koshyari has invited the second-largest party, Shiv Sena, to indicate its willingness and ability to form government in the state. 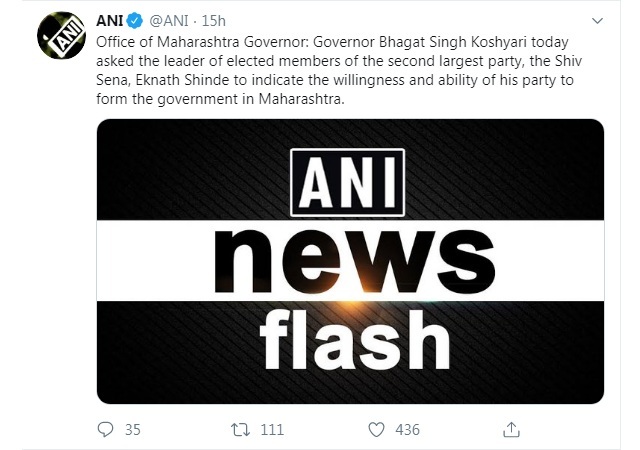 BJP’s Maharashtra state President, Chandrakant Patil stated that his party will not be forming the government in the state as it does not have the required numbers. Patil said that the mandate had been given to the alliance but if Shiv Sena wants to disrespect the mandate and form government with the Congress and NCP then they wish them all the best. 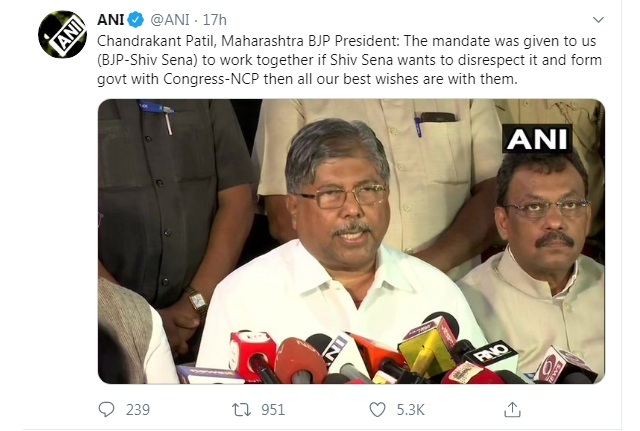 The Uddhav Thackeray-led Shiv Sena has continued to hold on to its 50-50 claim. Under the 50-50 formula, the party demands to split the CM term between the two allies for two and a half years each. This way, both the BJP and the Shiv Sena will have one Chief Minister each.

The Sena claims that the alliance had agreed to this arrangement before contesting the Maharashtra polls. The BJP, however, has refused to agree to the claim.

Shiv Sena MP Arvind Sawant has announced his resignation as the Union Minister of Heavy Industries and Public Enterprises. Sawant had tweeted saying that the Sena is on the side of truth and in such an intense atmosphere, he does not wish to be a part of the central government. 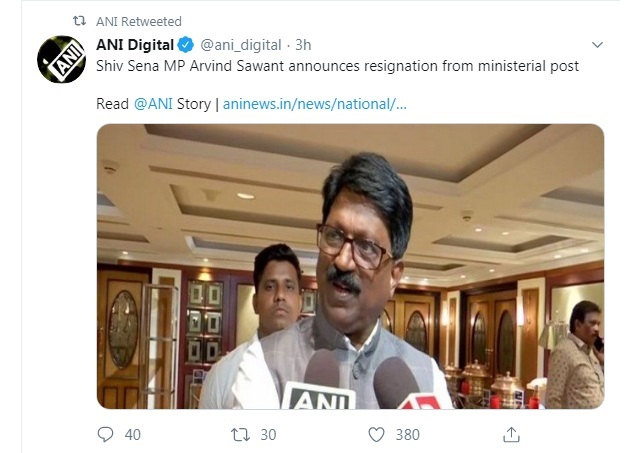 NCP’s Sharad Pawar, when questioned on Shiv Sena MP Arvind Sawant's resignation as Union Minister, said that he hasn’t had a word with anyone regarding anyone’s resignation. Pawar confirmed that the NCP will have a word with the Congress then decide.

Will Sena form new government in alliance with Congress-NCP?

NCP’s Nawab Malik said after the party's core group meeting that the party is waiting for the Congress to take a decision. Malik said that they have fought elections together and whatever the final decision would be, it will be taken together. Malik further stated that the Congress MLAs are in favour of a Shiv Sena led government in Maharashtra, but the CWC is the supreme body that will take the final decision. 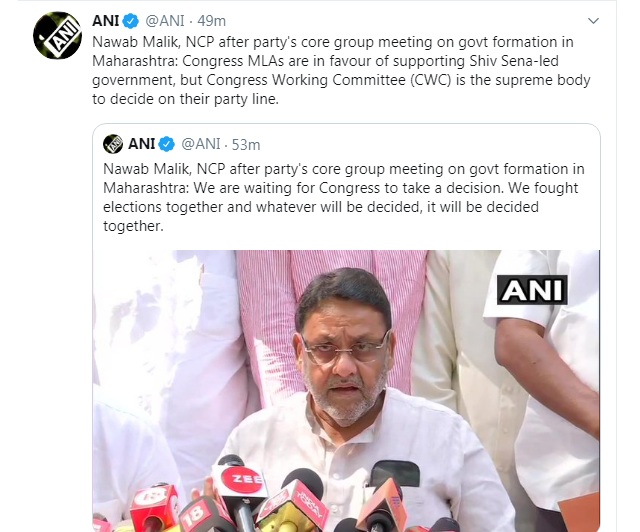 Senior Congress leader Mallikarjun Kharge said that the Congress has called all their Maharashtra leaders to Delhi for further discussions. The meeting will be at 4 pm. Kharge revealed this after a meeting of the congress working committee (CWC), called by Congress President Sonia Gandhi at her residence in Delhi. Kharge reiterated that their original decision was to sit in the opposition, as mandated by the people. 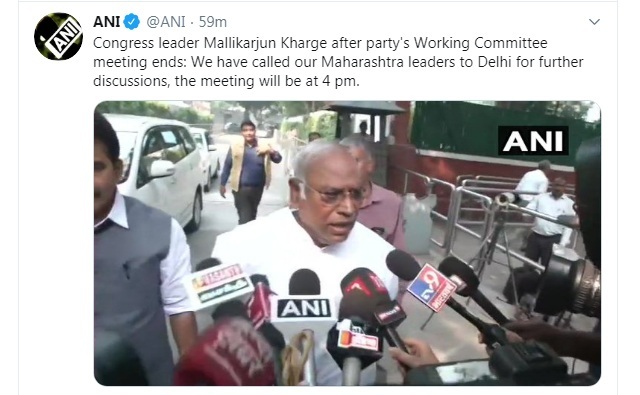 The BJP has also called a core group meeting today at the residence of Devendra Fadnavis in Mumbai.

In the Maharashtra assembly elections 2019, the BJP-Shiv Sena alliance won an absolute majority, as the BJP won 105 seats and Shiv Sena won 56 seats.

The Congress-NCP alliance won 44 and 54 seats respectively in the 288 member assembly.