Malala Yousafzai most famous teenager of the decade: UN

Malala Yousafzai was shot in the head by a Taliban gunman while taking a bus from school in October 2012 for speaking out on girl’s right to education. 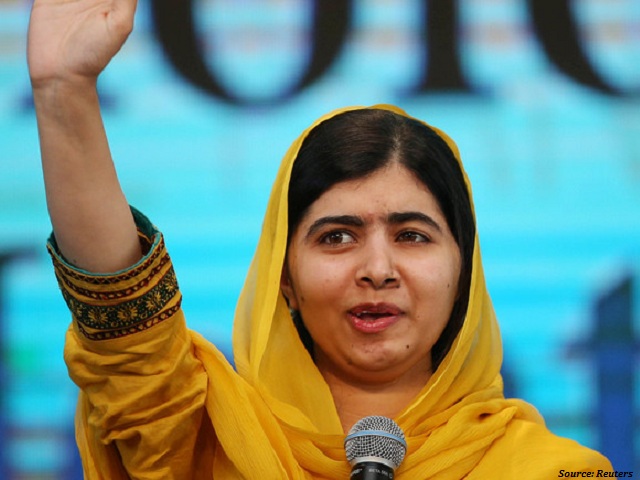 Nobel laureate Malala Yousafzai was declared as the ‘most famous teenager in the world’ by the United Nations in its 'decade in review' report released on December 23, 2019.

The UN review stated that from a young age, Yousafzai was known for speaking out in favour of education for girls. She has also been extremely vocal about the atrocities committed by the Taliban on common people. 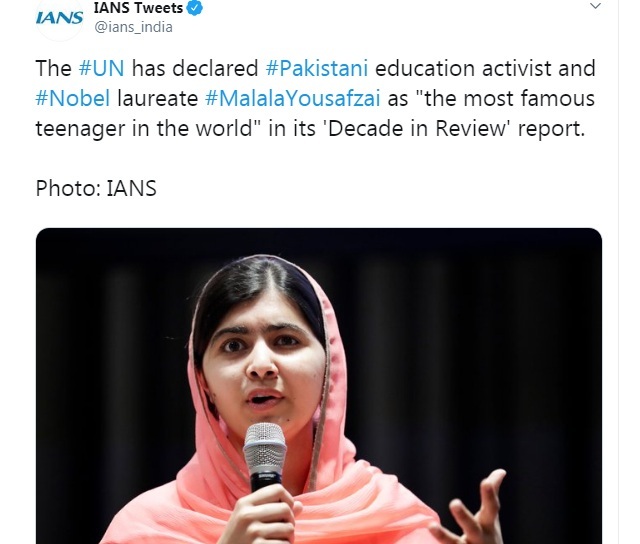 Malala Yousafzai gained the world’s attention when she got featured in a documentary by a prominent international media house. The documentary traced her life in the volatile Swat Valley, which lies in the northwest of Pakistan. The valley has been a victim of violent clashes between the Pakistani military and Taliban fighters.

The young activist was shot in the head by a Taliban gunman while taking a bus from school in October 2012. Though she was hit in the head, Yousafzai survived and recovered. The attack was widely condemned and a special tribute was paid to Malala at the UNESCO headquarters in Paris on Human Rights Day in the same year.

The special tribute urged more action towards advancing girl’s education as an urgent priority, to ensure every girl can exercise her right to go to school. The assassination attempt only helped grow Malala’s activism. She was honoured with several awards to recognize her outstanding work.

Malala Yousafzai was honoured with the Nobel Peace Prize for the year 2014 along with Indian social reformer Kailash Satyarthi, becoming the youngest recipient  of the coveted award. She was also appointed as the UN Messenger of Peace in 2017 with a special focus on girls’ education.

The UN report retraced some of the biggest stories that unfolded in this decade, between 2010 and 2019, in a three-part decade in review.

The part one of the review focuses on events that took place between 2010 and 2013, which includes the devastating Haiti earthquake, the beginning of the ongoing Syrian conflict, the rise of Malala Yousafzai as an advocate of girl’s education and the world’s most dangerous UN mission in Mali.