RBI Governor Urjit Patel has been appointed to the Financial Stability Institute Advisory Board of the Bank of International Settlement (BIS), a global financial organisation owned by major central banks from across the world. 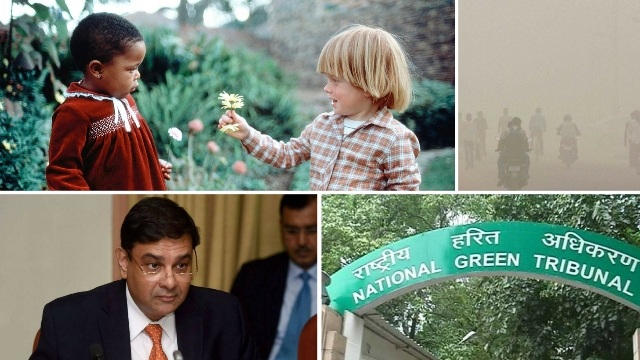 RBI Governor Urjit Patel was appointed to the Financial Stability Institute Advisory Board of the Bank of International Settlement (BIS) on 15 November 2017.

The Bank of International Settlement is a global financial organisation owned by major central banks from across the world. The Financial Stability Institute (FSI) of the BIS assists financial sector authorities worldwide in strengthening their financial systems.

The FSI has been implementing a new strategy since the beginning of 2017 that includes having a close interaction with its main stakeholders including central banks and financial supervisory agencies.

The International Day for Tolerance was celebrated across the world on 16 November 2017.

The observance aims to bolster United Nations’ commitment to strengthen tolerance in the world by fostering mutual understanding among cultures and peoples. Taking forward the same commitment, the UN has launched a new campaign called ‘Together’ to promote tolerance, respect and dignity across the world.

National Green Tribunal has directed the Government of Delhi to seize 10-year-old diesel taxis without any delay as they cause air pollution.

The decision was taken by a bench headed by NGT Chairperson Justice Swatanter Kumar. The bench observed that a large number of diesel taxis are operating in the national capital, violating the judgment and directions of the Supreme Court.

The green panel also directed the Forest Ministry, Road and Transport Ministry, Delhi Government and the state pollution control boards in the National Capital Region to fully coordinate and cooperate to control the pollutants in the air of Delhi NCR.