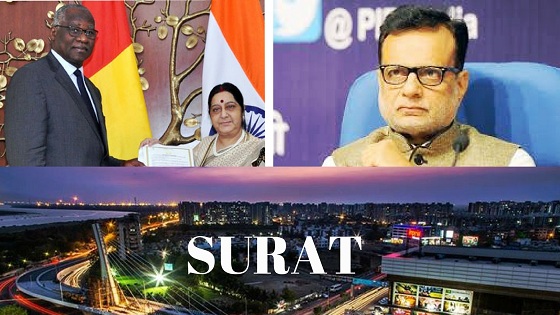 The instrument of ratification was handed over to External Affairs Minister Sushma Swaraj by Guinea’s Foreign Minister Mamady Toure, who was on his 4 day visit to India from 3-6 November 2017.

While, Mysuru’s Public Bicycle Sharing won the ‘Best Non-Motorised Transport’ Award and Kochi (Kerala) was chosen for the ‘Best Urban Transport Initiative’ Award for completing its Metro Rail Project in a quick time.

The post of Finance Secretary  has been lying vacant since October 2017 following the superannuation of Ashok Lavasa.

As per the rules of Union Government, the senior most Secretary in the Finance Ministry is designated as the Finance Secretary.