Captured on the Curiosity Rover's 1758th Martian day, the 8 images taken in the early morning by navigation cameras, form a GIF. 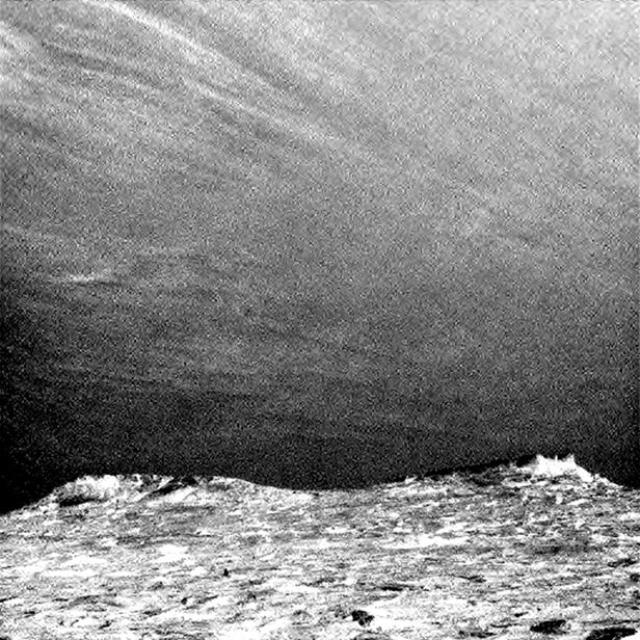 NASA's Curiosity Rover in July 2017 captured stunning shot of Mars, this time, it captured the images of Martian clouds over the southern horizon.

Captured on the Curiosity Rover's 1758th Martian day, the 8 images taken in the early morning by navigation cameras, form a GIF. • The clouds resemble Earth's cirrus clouds which are typically made up of ice water.

• These Martian clouds are expected to be composed of crystals of water ice that condense onto dust grains in the cold Martian atmosphere.

• It is assumed that the clouds might be an early part of a weather pattern that originates from the Mar's elliptical orbit known as the aphelion cloud belt.

• The images of ice-crystal clouds moving along the southern horizon, also show pair of hills visible in the foreground.

• In the previous observances by NASA, clouds in the Martian sky would appear near the planet's equator when it was farthest from the sun.