N.bhupathi shows comparisons with the Purple frog (Nasikabatrachus sahyadrensis), which was discovered in Seychelles in 2003. 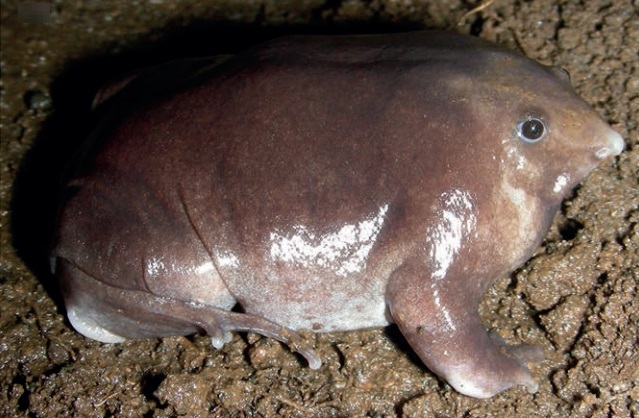 A group of Indian scientists has recently discovered a new frog species named Nasikabatrachus bhupathi, which has a face of a pig.

The discovery was published in Alytes, a scientific journal devoted to the study of frogs and amphibians.

N.bhupathi shows comparisons with the Purple frog (Nasikabatrachus sahyadrensis), which was discovered in Seychelles in 2003.

• The species was discovered by scientists from the Centre for Cellular and Molecular Biology (CCMB) in Hyderabad.

• The frog has been named after the Indian herpetologist S. Bhupathy, who died in 2014.

• It is a soiled-dwelling species of purple frog. It inhabits the eastern slopes of the Western Ghats, near the Srivilliputhur Grizzled Giant Squirrel Wildlife Sanctuary in Tamil Nadu.

• However, the species differs from the Purple frog morphologically, genetically and acoustically. It is dark brown in colour and each of its calls consists of four distinct pulses while the Purple frog pauses once between three pulses call.

• The discovery is significant as it constitutes additional evidence in favour of the theory of continental drift. The Purple frog is an inhabitant of Seychelles, and the discovery of Bhupathy’s purple frog in India suggests that the Indian subcontinent was part of the ancient landmass of Gondwana before splitting from Seychelles 65 million years ago.