Nobel Peace laureate, Aung San Suu Kyi, has been stripped of the ‘Freedom of Oxford award’ over her inaction in the escalating Rohingya crisis. 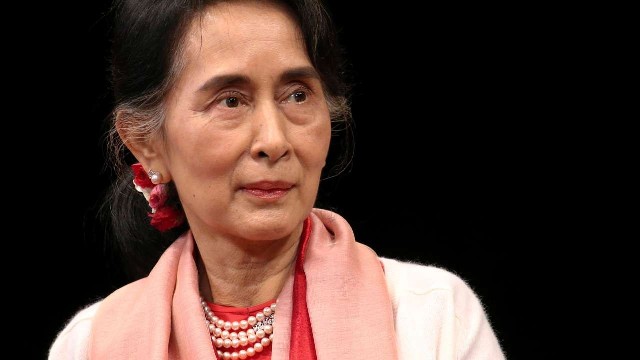 Nobel Peace laureate, Aung San Suu Kyi, has been stripped of the ‘Freedom of Oxford award’ over her inaction in the escalating Rohingya crisis.

The Oxford City Council voted unanimously on 27 November 2017 to permanently revoke the ‘ Freedom of the City’ honour awarded to Suu Kyi in 1997, which she personally collected in 2012, after spending 15 years under house arrest.

In an official statement, Councillor Mary Clarkson said that when Sung San Suu Kyi was given the ‘Freedom of the City’ in 1997, it was because she reflected Oxford’s values of tolerance and internationalism and as a celebration of her opposition to oppression and military rule in Burma.

The councillor further added saying that Oxford has a long tradition of being a diverse and humane city and their reputation would be tarnished by honouring those who turn a blind eye to violence.

Suu Kyi, the 72-year-old Burmese State Counsellor, at a position similar to that of the Prime Minister,has been widely criticised for turning a blind eye to the violence and military crackdown in Myanmar's Rakhine state that forced more than 600,000 Rohingya Muslims to seek refuge in Bangladesh, creating one of the world's biggest refugee crisis.

While the United Nations has described the violence and mass migration as 'a textbook example of ethnic cleansing', Suu Kyi has denied all the allegations.

It was only last week that Myanmar signed a deal with Bangladesh to allow the refugees to return home.

Coming to the revoking of the award, this is not the first such instance, as, since the eruption of the Rohingya crisis, several institutions have begun distancing themselves from the leader.

Other Honours withdrawn from Suu Kyi

• In September, the governing body of St Hugh's College at Oxford University, Suu Kyi's alma mater, decided to remove a painting of her from its main entrance.

• In October, under-graduates at the college voted to remove her name from the title of their junior common room.

• At the beginning of November, musician Bob Geldof returned his Freedom of the City of Dublin award, which is also held by Suu Kyi, in protest against her response to the Rohingya crisis.

• The City of London Corporation has also been debating over revoking Suu Kyi's Honourary Freedom, bestowed upon her earlier in 2017.

• The students at the London School of Economics also voted last week to revoke the Honourary Students' Union presidency, which was awarded to the Myanmar leader in 1992.

• Prior to Oxford, the cities of Sheffield and Glasgow stripped the Burmese leader of their Freedom of the City awards.

The Nobel Institute has however stated that it is not possible to strip a Nobel Peace Prize laureate of his or her award once bestowed.