Pradeep Kumar Sinha is 1977 batch IAS officer of Uttar Pradesh Cadre.  He has served in various key posts in the Government of India. 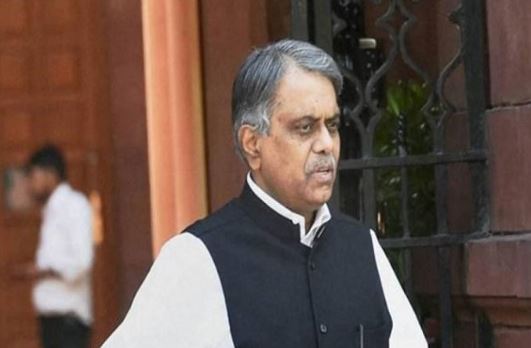 Pradeep Kumar Sinha has been appointed as Officer on Special Duty (OSD) in PMO on August 30, 2019. He has been appointed at this position after the resignation of Nripendra Mishra. The announcement came after Principal Secretary to the PM expressed his intention to be relieved of his assignment.

Pradeep Kumar Sinha is 1977 batch IAS officer of Uttar Pradesh Cadre. Nripendra Mishra resigned at a time when India’s GDP growth slowed down to more than a five-year low of 5% in the June quarter of 2019-20 against 5.8% in the March quarter. Nripendra Mishra was also former Telecom Regulatory Authority of India (Trai) chairman.

Prime Minister Narendra Modi tweeted, “After serving the PMO assiduously and diligently for over five years and making an indelible contribution to India’s growth trajectory, Shri Nripendra Misra Ji will be embarking on a new phase of his life. My best wishes to him for his future endeavours.” 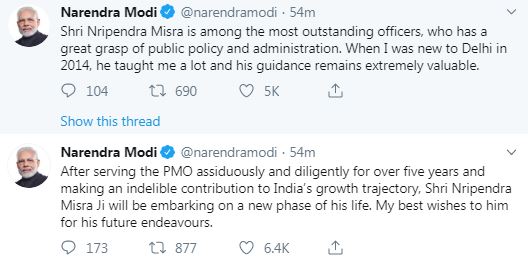 • PK Sinha is a 1977 batch Indian Administrative Service (IAS) officer of the Uttar Pradesh cadre.
• He served as the Power Secretary of India, and was the Shipping Secretary of India.
• PK Sinha is an economics graduate and holds a postgraduate degree in economics.
• He has served in various key posts in both the Government of India and the Government of Uttar Pradesh.