Pervez Musharraf was accused of unlawfully imposing the emergency rule in November 2007. 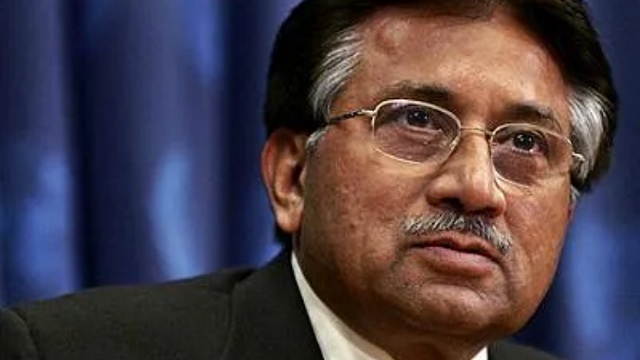 Former Pakistani President Pervez Musharraf has been awarded death penalty for his unlawful decision of imposing  emergency in 2007. The judgement was delivered by a special court in Pakistan on December 17, 2019.

The special court was hearing a case against Musharraf's decision to declare a state emergency in Pakistan on November 3, 2007. The trial proceedings concluded on November 19, 2019, following which the court had reserved its verdict. The trial had been pending since December 2013, when the former Pakistani Military General was booked in the case.

What are the charges against Pervez Musharraf?

Pervez Musharraf was accused of unlawfully imposing the emergency rule in November 2007, thereby suspending the constitution. The previous Pakistani government, Pakistan Muslim League-Nawaz (PML-N) had filed the case of high treason against Musharraf in 2013 for imposing extra-constitutional emergency in November 2007. During the emergency, many senior judges were confined in their houses and over 100 judges were sacked including the Chief Justice. Musharraf had pleaded not guilty while claiming that the charges against him were politically motivated.

Pervez Musharraf was indicted in the treason case on March 31, 2014 and the entire evidence gathered against him was tabled before the special court by the prosecution in September 2014.  Despite this, trial trailed on and he left Pakistan and went to Dubai in March 2016 on the pretext of seeking medical treatment and lived there thereon in a self-imposed exile, citing health and security reasons.

Following this, his name was removed from the no-fly list and he was declared an absconder after he failed to appear before the court despite repeated summons. The special court then directed the Federal Investigation Agency (FIA) to arrest Musharraf.

Who is Pervez Musharraf?

Pervez Musharraf was the 10th President of Pakistan, serving from 2001 until his resignation in 2008. He was one of Pakistan's longest-serving leaders. He had resigned in 2008 to avoid impeachment.

He had come to power after the Pakistani army staged a coup in 1999 to overthrow the then Prime Minister Nawaz Sharif. Subsequently, Sharif was placed under house arrest and Musharraf became the head of Pakistan's military government.

Musharraf remained as the Chairman of the Joint Chiefs till 2001 and  Chief of the Army Staff till his retirement in 2007.  Prior to being President, he was a four-star general of the Pakistan Army.

Musharraf formally took on the position of President of Pakistan from June 2001 and later won a controversial referendum in May 2002, which gave him 5-year term as President.

He was forced to resign in August 2008, when he was faced with the threat of impeachment following nationwide protests against his unlawful declaration of emergency in November 2007.

Following his resignation as President, he went into self-imposed exile in 2008, only returning to Pakistan in March 2013.

Musharraf was disqualified from leading his party in the elections then and a high treason case was filed against him.

Musharraf claims to be suffering from Amyloidosis, which is a rare condition for which he is allegedly receiving treatment in Dubai.