PM Modi announced that the present union government will put an end to single-use plastic in the coming years. 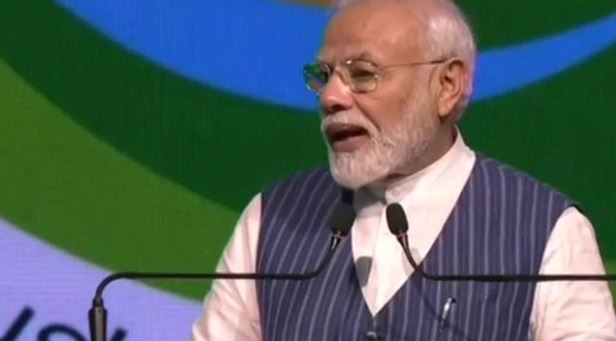 Prime Minister Narendra Modi addressed the 14th Conference of Parties (COP14) to United Nations Convention to Combat Desertification (UNCCD) in Delhi NCR today. PM Modi in his speech at COP14 said that I call upon the leadership of UNCCD to conceive a global water action agenda which is central to the Land Degradation Neutrality strategy.

Ban on single-use of plastic

Earlier, the twitter handle of Prime Minister’s Office (PMO) had tweeted that PM Modi will address the 14th Conference of Parties (COP14) to UNCCD. Twitter handle also said that this conference will add to the global discourse on issues relating to the environment, especially land management.

Prime Minister Narendra Modi said that India would raise its ambition of the total area that would be restored from its land degradation status, from 21 million hectares to 26 million hectares between 2019 and 2030. He also said that land restoration and micro-irrigation are some revolutionary steps that have been taken by the present government.

Also Read | Water conservation in India: How to manage water and what to learn from Israel?

Prime Minister Modi said that India is saving more water by using modern-day technology. He informed that India is working with an aim of ‘per drop more crop’ that means less water consumption for agriculture but more production of crops than previous years. Jal Shakti Ministry has been created to address all water-related issues. At the same time, the government is focusing on zero budget natural farming.