PM Modi unveiled a 63-feet-tall statue of Pandit Deen Dayal Upadhyay at Chandauli, Varanasi. It was the 22nd visit of Narendra Modi to Varanasi as a Prime Minister.

PM Modi unveiled a 63-feet-tall statue of Pandit Deen Dayal Upadhyay at Chandauli. He also inaugurated and laid the foundation stone of several schemes worth about Rs 1200 crore in Varanasi. In the last six years, it was the 22nd visit of Prime Minister Narendra Modi to Varanasi. 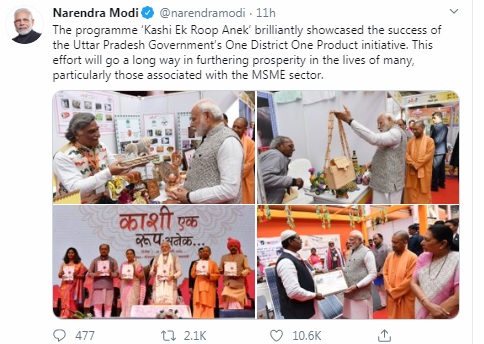 • The Kashi-Mahakal Express will have a package of eight different pilgrimage visits. IRCTC has prepared a special package for religious and tourist places of Varanasi, Ayodhya, Prayagraj, Indore, Ujjain, Bhopal.
• Kashi Mahakal Express will provide better facilities to tourists visiting major religious places of UP and Madhya Pradesh. This will boost the tourism of both states. This train will run between Varanasi to Indore from February 20.
• A total of five packages have been prepared for Kashi-Mahakal route. However, four packages will be given to those going from Varanasi, Allahabad and Lucknow. Some facilities and arrangements will be available for travelers to enjoy, eat and visit temples and tourist places. These packages can be booked online and offline. 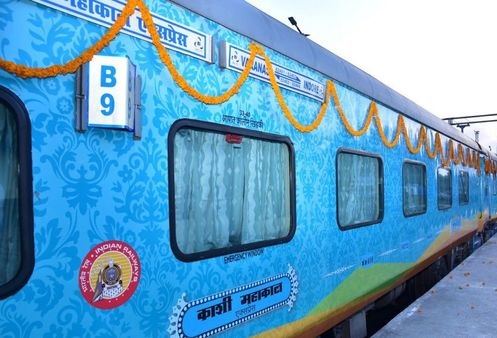 Also Read | Operation Vanilla: All You Need to Know about Indian Navy’s support to Madagascar

Prime Minister Narendra Modi inaugurated and laid the foundation stone of 50 projects worth 1250 crores in Varanasi. It includes inauguration of 34 projects including 430-bed super-specialty Hospital and Vedic Science Center at BHU, 100-bed Maternity Wing at Kabirchaura, Lahartara-Chaukaghat flyover, Kashi Vishwanath Anna Kshetra. Apart from this, he laid the foundation stone for 14 projects including Smart City, Heritage Development and half a dozen roads.