PM Narendra Modi emerged as a Statesman after delivering a moving speech at the UNGA 2019 Session. Here are the top 10 quotes of the PM Modi speech from his address at the 74th session of United Nations General Assembly, New York. 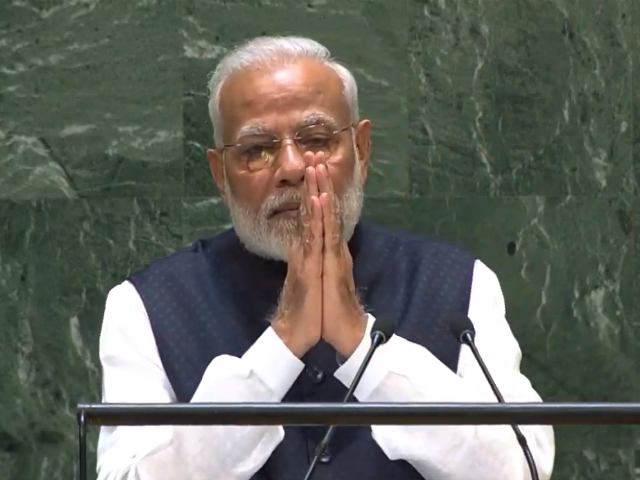 PM Modi Speech Highlights at UNGA 2019: PM Narendra Modi emerged out as a Statesman with his speech at the 74th session of the United Nations General Assembly (UNGA), supporting India's initiatives in the last 5 years. Prime Minister Modi stressed on the actions and initiatives undertaken in the last five years towards development, peace and security worldwide. He concluded his speech by giving message of "peace and harmony". PM Modi talked about various Government's initiative such as Swachh Bharat Mission, Sabka Saath Sabka Vikas, Financial Inclusion, India's contribution to UN Peacekeeping Missions and so on. Here we have shared the top quotes of the Prime Minister Modi's speech at UNGA. Have a look at the top quotes and know what all PM Modi talked about during his address to the world leaders.

PM Modi was the fourth speaker to deliver a speech at UNGA. He was followed by Pakistan Prime Minister Imran Khan, who was the seventh to address the audience. Have a look at the top quotes of PM Modi's speech at UN General Assembly session.

1. PM Modi talked about the success of 'Swachh Bharat Abhiyan' in the country. Over 11 crore toilets have been constructed in last 5 years to make India Open Defecation Free (ODF). 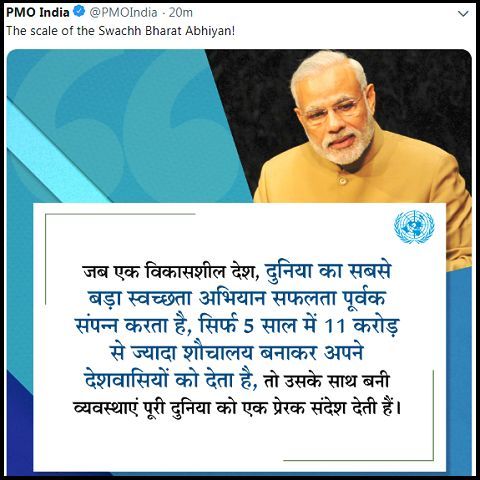 2. The Prime Minister mentioned that India has successfully provided health cover to over 50 crore Indians. 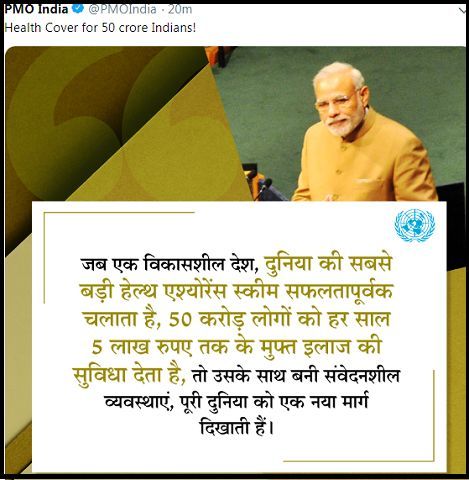 3. PM Modi talked about Financial Inclusion. In last 5 years, over 37 crores accounts have been opened in the banks. These accounts belong to poor people of the country. 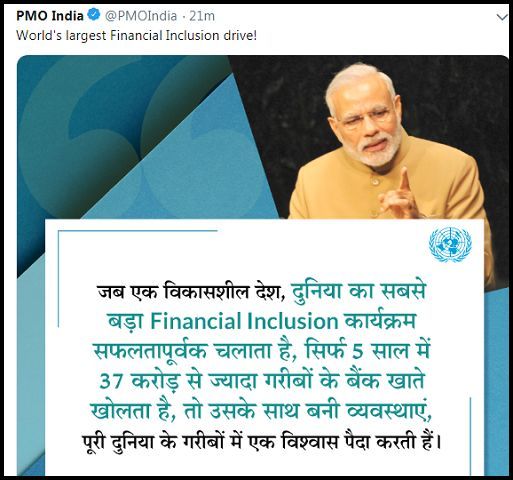 4. PM Modi officially announces the discontinuation of the use of Single-use plastic from India. 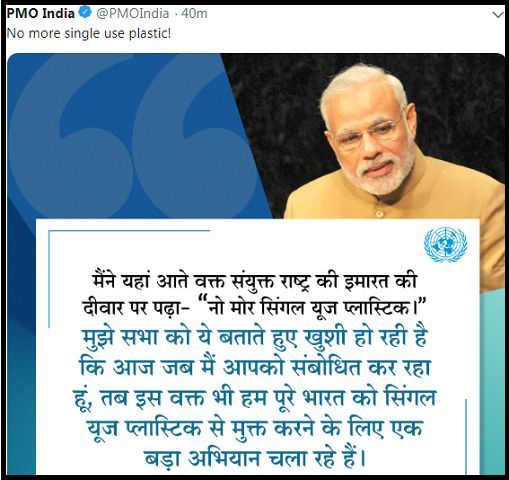 5. He further said that India's strength lies in its culture. 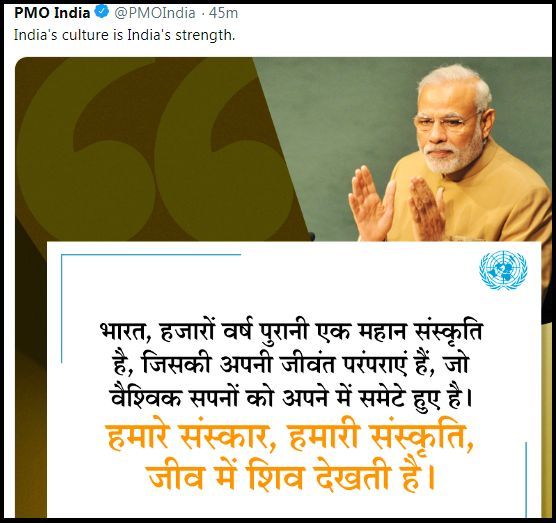 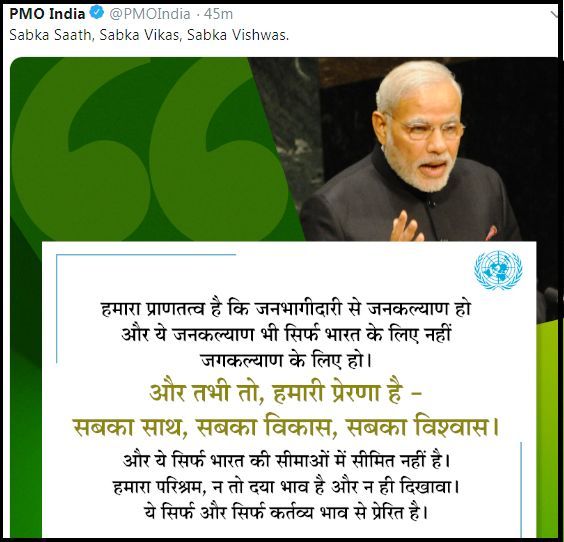 7. PM Modi talked about the Government's aim towards global friendship and welfare. 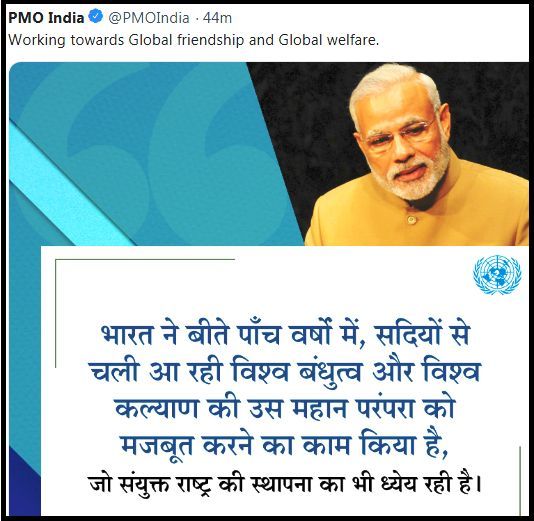 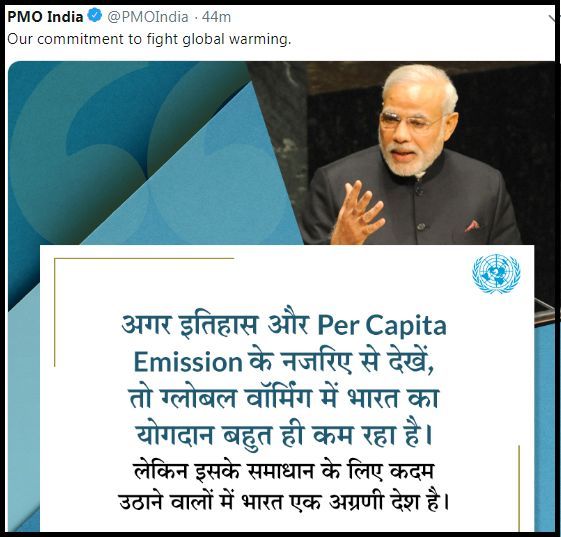 9. PM Modi also threw light upon the growth of technology and its impact on economy, safety, connectivity and international relations. 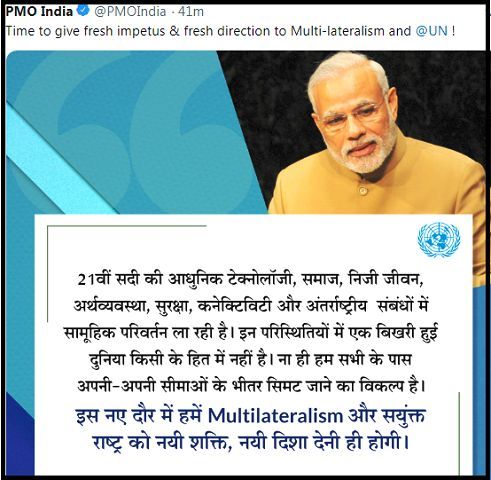 10. PM Modi concludes his speech  by giving the message of harmony and peace but not dissension. This message was given by Swami Vivekanand at the World Parliament of Religion. 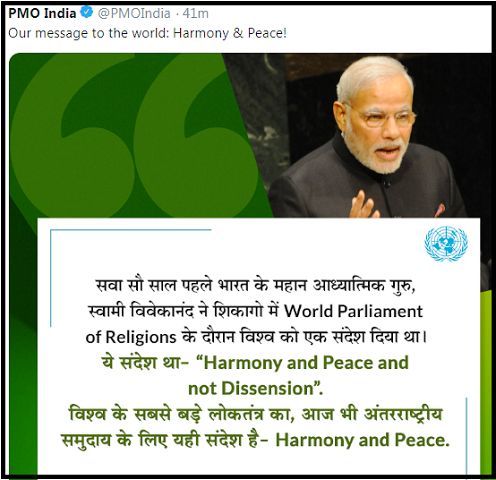 PM Modi on Terrorism: Apart from highlighting the Government's steps and measures towards peace and development, PM Narendra Modi called out the world leaders to unite against terrorism. 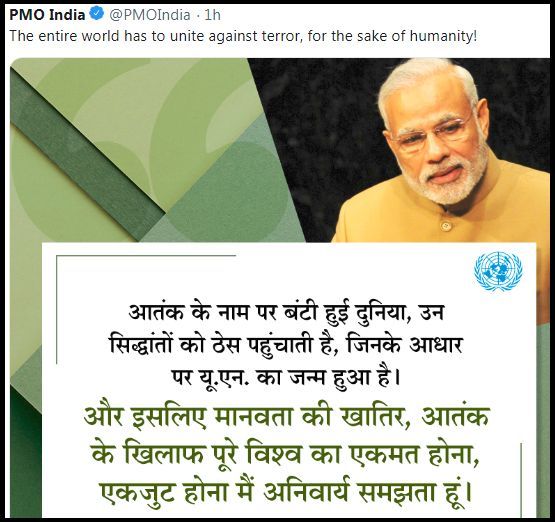 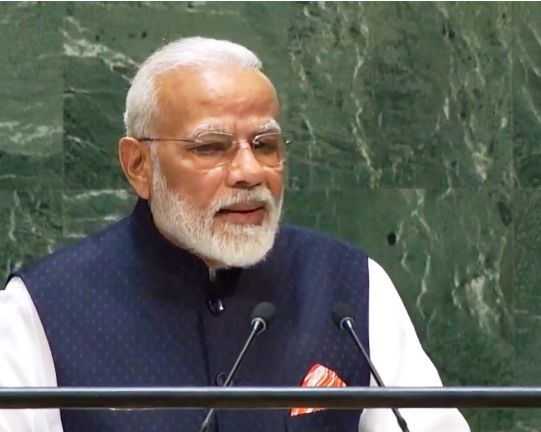 Indonesia Vice President Muhammad Jusuf Kalla delivers his speech at the 74th UNGA Session, underlining the importance of multilateralism. He states that there should be mutual respect between the countries worldwide to ensure peace.

PM Narendra Modi retweets PMO post saying "All Set", before his arrival at the UN Assembly Hall. PMO Tweets about the arrangements at the UNGA Hall, New York: 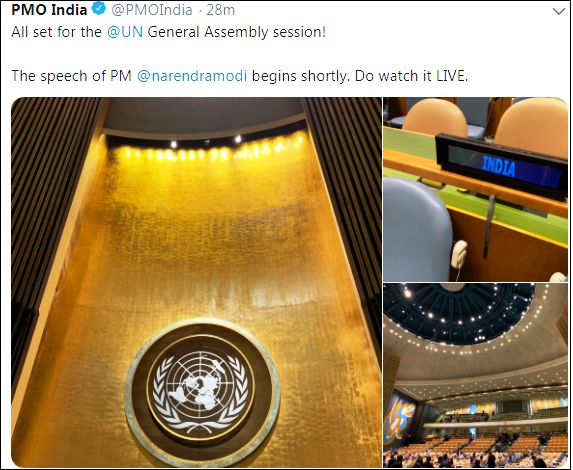 The UN General Assembly Hall is all set to witness the 74th UNGA Session. Have a look: 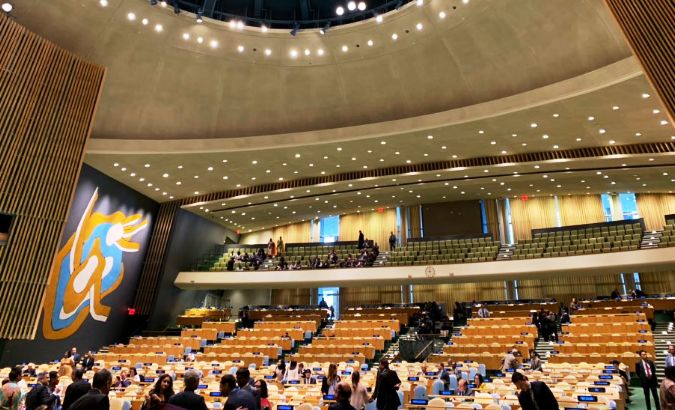 Prime Minister Modi is expected to arrive soon at the event.

Comment: PM Modi and his Pakistan’s counterpart Imran Khan will be sharing the stage at the time when the tensions between both the countries are flaring up due to scrapping of Article 370 on August 5, 2019. Pakistan PM Imran Khan looks forward to presenting the “Kashmir issue” at the UNGA Session, while, PM Narendra Modi’s speech will be focused at peace and development. Watch this space for live updates of PM Modi’s Speech at UNGA.