PM Modi UNGA speech: Where and how to watch PM Narendra Modi’s speech at UNGA 2019 LIVE?

PM Modi UNGA speech: PM Modi will shortly address the UNGA 2019. He is the fourth speaker and is expected to speak between 8-9pm IST. 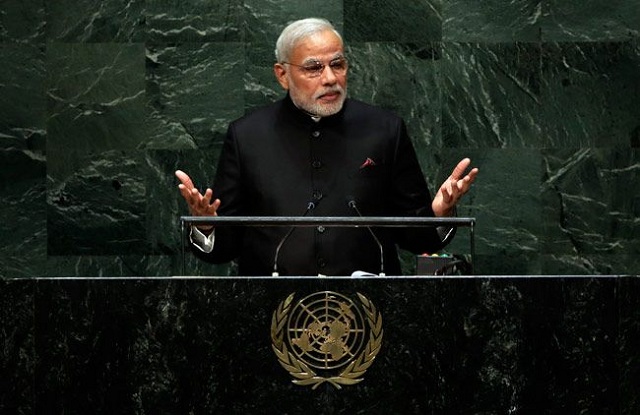 PM Modi UNGA speech: PM Narendra Modi is expected to speak at the 74th session of the UN General Assembly (UNGA) between 8-9pm IST. PM Modi is the fourth speaker at UNGA and Pakistan PM Imran Khan will be speaking shortly after him. The speech of the two Prime Ministers is much awaited, as tensions have been high lately between the two nations over Kashmir issue.

When will PM Modi address the UNGA?

What time will PM Modi speak at UNGA?

PM Narendra Modi is scheduled to address the UNGA between 8-9 PM IST. The UN General Assembly proceedings will begin today at 6.30 PM IST.

When will PM Modi’s turn come to speak at UNGA?

PM Modi’s speech at UNGA will be telecasted live on several platforms, including television and digital.

The live streaming of PM Modi’s UNGA speech will be available on several television channels, youtube and official twitter pages. You can also catch the live updates on our page. Stay tuned for more updates.

When will Pakistan PM Imran Khan speak at UNGA?

Pakistan PM Imran Khan is scheduled to speak at the UNGA at the seventh position.

Where is the UNGA session being held?

The 74th session of the UN General Assembly is currently being held at the UN headquarters in New York, United States.

Why is PM Modi’s speech at UNGA important?