Tokarczuk’s book 'Flights' was chosen over the works of five other finalists including Iraqi author Ahmed Saadawi’s novel ‘Frankenstein In Baghdad’. 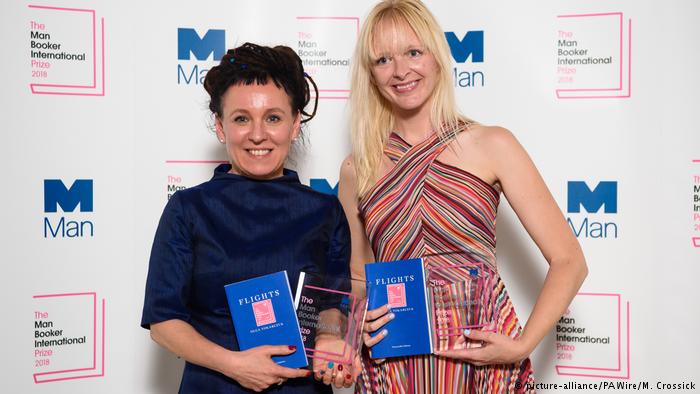 Polish author Olga Tokarczuk on May 23, 2018 won the Man Booker International Prize 2018 for her novel ‘Flights’, becoming Poland’s first ever writer to win the award.

Lisa Appignanesi, presiding over of the bench of board of five judges, praised Tokarczuk as a ‘writer of wonderful wit, imagination and literary panache’.

• She is among Poland’s top writers, with a number of bestsellers to her name.

• Her books portray a polychromatic world eternally in motion, with characters whose biographies and personalities intermingle and with details drawn from reality.

• Tokarczuk has won several awards, both at home and abroad, including Poland’s most prestigious ‘Nike Literary Award’ twice.

• She co-wrote the screenplay for the Polish crime film ‘Spoor’, which won the Alfred Bauer Prize at the Berlin film festival in 2017 and was also selected as Poland’s entry for the best foreign language film at the 2018 Oscars.

• Tokarczuk is also a political activist who does not shy away from criticising Poland’s rightwing Law and Justice (PiS) government. Her activism has brought her death threats in 2015 after she stated in media that an open and tolerant Poland was a myth.