Prasoon Joshi appointed Chairperson of Central Board of Film Certification

Prasoon Joshi was appointed as the Chairperson of the Central Board of Film Certification in an honorary capacity from 11 August 2017 for a period of three years or until further orders, whichever is earlier. 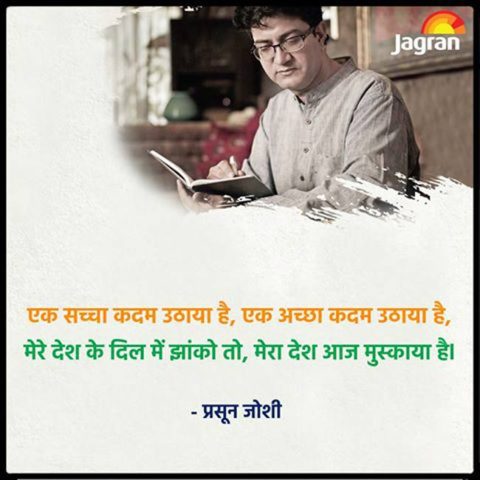 Prasoon Joshi appointed Chairperson of Central Board of Film Certification

The Union Government on 11 August 2017 appointed lyricist Prasoon Joshi as Chairman of the Central Board of Film Certification (CBFC) for a period of three years. With this appointment, Joshi has replaced former Chairman Pahlaj Nihalani.

In addition to this, the government has also reconstituted the existing CBFC with immediate effect for a period of three years or until further orders.

Information and Broadcasting Ministry in a release said, there are 12 members of the new board, which include Gautami Tadimalla, Narendra Kohli, Naresh Chandra Lal, Vivek Agnihotri and Vidya Balan.

About Central Board of Film Certification (CBFC)

• CBFC is a statutory body under Ministry of Information and Broadcasting, regulating the public exhibition of films under the provisions of the Cinematograph Act.

• The Board consists of non-official members and a Chairman, all of whom are appointed by Central Government. It functions with headquarters at Mumbai. Any Film can be publicly exhibited in the country only after they have been certified by it.

Who is Prasoon Joshi?

• Born on 16 September 1971, Prasoon Joshi is an Indian lyricist, screenwriter, poet, marketer as well as an ad Guru.

• He is the CEO of McCann World group India and Chairman (Asia Pacific), a subsidiary of global marketing firm McCann Erickson.

• He has also received the National Film Award for Best Lyrics twice, for his work in Taare Zameen Par (2007), and Chittagong (2013).

• In 2015, he was conferred with Padma Shri by the Government of India in 2015, for his contributions towards the field of Arts, Literature and Advertising.

• In 2008, he was invited as the Cannes Jury chairman and in 2009, he was named among the exclusive 10-member Cannes Titanium and Integrated Jury at the Cannes Lions International Advertising Festival.

• Joshi was part of the select three-member Core Creative Advisory Committee for the Commonwealth Games 2010 opening and closing ceremonies, with Shyam Benegal and Javed Akhtar.