Priti Patel: Priti Patel had steered the leave EU campaign before the historic June 2016 referendum in favour of Brexit. 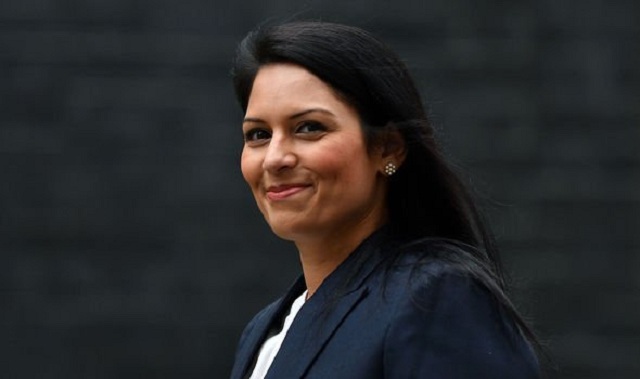 Priti Patel had steered the leave EU campaign in the run up to the historic June 2016 referendum in favour of Brexit. Patel had been one of the most vocal critics of Theresa May's Brexit strategy and one of the most prominent backers of Boris Johnson for the post of UK PM. Patel has supported Johnson's bid for an early Brexit.

Speaking on her appointment, Priti Patel said, "I will do everything in my power to keep our country safe, our people secure, and also to fight the scourge of crime that we see on our streets. I look forward to the challenges that now lie ahead.”

Priti Patel is one of three Indian-origin members in the UK cabinet. With one-eighth of the 31-member Cabinet belonging from ethnic minority communities, the new Britain cabinet is one of the most ethnically diverse Cabinet in the British political history.

Priti Patel is the senior-most Indian-origin MP in Boris Johnson’s cabinet. Her position is the third most important in the British government alongside that of the foreign secretary. It would put her in charge of national security, fighting terrorism, tackling crime and extremism and dealing with illegal immigration.

Besides Patel, Rishi Sunak, son-in-law of Infosys founder NR Narayana Murthy has been elevated to the position of chief secretary to the treasury. The Richmond MP will be a part of the cabinet. He previously served as a junior minister in the department for housing, local government and communities.

The third Indian-origin member of the cabinet includes Alok Sharma. Sharma has been promoted to the role of secretary of state for international development. He previously served as minister of state for employment.

Priti Patel was elected as a Conservative MP for the first time from Witham, Essex in 2010. The 47-year-old gained prominence under the then David Cameron-led Tory government as Indian Diaspora Champion, a champion of India-UK ties.

Patel later served at junior ministerial posts, as treasury minister in 2014 and employment minister after the 2015 general election. She was elevated to the position of secretary of state in the Department for International Development (DfID) in 2016 by Theresa May.

She was, however, forced to quit in 2017 for breaching the ministerial code by holding unauthorized meetings with Israeli politicians.

Priti Patel is considered to be an avid supporter of Prime Minister Narendra Modi in the UK.

Priti Patel is a member of the UK Parliament's influential Foreign Affairs Committee (FAC). She was a part of the team, which recently published a report that issued a warning that the UK was falling behind in the race to engage with India.

The report, titled "Building Bridges: Reawakening UK-India ties", calls for the UK government to review the relationship between India and the UK. The report covers many missed opportunities where the UK should be proactively enhancing ties with India.

According to Patel, Britain’s new Prime Minister will bring change in the UK’s engagement with India’s re-elected PM Modi.

The Gujarati-origin politician is a prominent guest at all major Indian diaspora events in the UK.