PUBG Mobile gaming tips: Here we have listed the top 5 ways to win the PUBG battle in locations like Military base and get that Chicken Dinner. The key is to survive & not get killed. Best of luck and get those Chicken Dinners!

PUBG, or PlayerUnkown's Battlegrounds has become the current obsession among the online gamers and players. It is one of the most played online games across various countries including India. PUBG has blown up the online gaming world into battle madness. PUBG is an online multiplayer battle game developed by a PUBG Corporation, a subsidiary of the Korean publisher Bluehole. The PUBG mobile version has been developed by the Tencent Gaming Buddy and soon, Tencent will launch the PUBG Lite version for PCs in India. The game is all about dropping in, collect as many weapons as possible, fight the battle, come out as a sole survivor and enjoy Chicken Dinner. Here we have listed the top 5 ways to win the PUBG battle and get that Chicken Dinner.

Winner Winner Chicken Dinner! Chicken Dinner is the reward that a gamer wins after emerging as a sole survivor in the Player Unknown's BattleGrounds (PUBG) game. However, having Chicken Dinner is not that easy. There is only one way to get the dinner and that is to be the last. In real terms, PUBG Mobile online gaming world is arguably about the Survival of the Fittest. So, the key is to survive & not get killed. Best of luck and get those Chicken Dinners!

First things first! Before you begin playing PUBG, it is important to know your gadget be it a Mobile or PC. Does it really matter to own a high-end smartphone to play PUBG? NO! A budget smartphone is equally fine. You just need to run the most optimal settings on your hardware and speed-up your gameplay. To assert your dominance in the PUBG, you can even use four finger claw gameplay. So, familiarise yourself with your gaming hardware and play PUBG like a Pro!

Check out some of the most popular gadgets used by professional PUBG players around the world from the links given below:

As soon as the PUBG begins, players need to select their drop location where they will land and fight the battle thereon. This location matters a lot. A total of 100 players play the game at once. You should be among the early comers in a particular location and survive longer than the others. Keep an eye on the landing parachutes; this will help you in deciding the landing location. 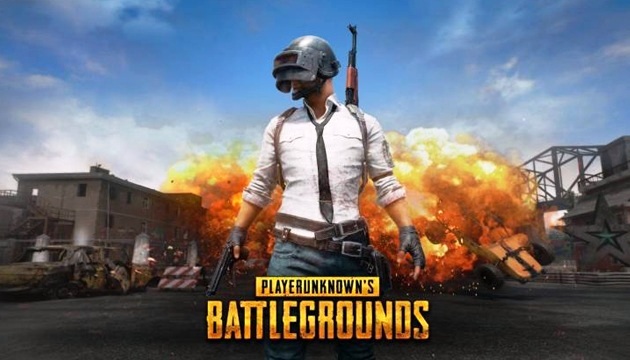 Location also matters for the LOOT! PUBG loot is all over the place, but there are some locations better than the others. This can only be known once you spend some good time with the game. The Military Base has one of the most consistent and high-quality loots. Have a look at some PUBG loot locations:
• Military Base
• School
• Pochinki
• Hospital & buildings
• Mylta Power
• Novo
• Prisons, Mansions & Shelters
• Towns
• Shacks & villages

PUBG Loots are big time rescuers. Once you choose your drop location, keep an eye over the Loots. These loots help you getting the best of gears, arms and protective elements. PUBG Level 3 Loots like helmets, body armour, medical gear, assault rifles and automatic rifles are some of the best ones, if you are able to procure. Some of the best weapons are Groza, AWM, QBZ 95, M249, SKS, M416, Scar-L & AKM. Even, you get to loot a vehicle if you land in a good location, and remember you can Kill enemy with the vehicle too. Don’t leave the Ghillie Suit behind, if you come across one. Ghillie Suit provides the best camouflage; it resembles the background environment in PUBG. So, Loot more and Loot faster.

The Circle or playzone is the area in the game where players must remain within. There are 8 circle changes throughout the entire battle of PUBG. With each change, the playzone is reduced by 50% and subsequently, the damage of the electricity field is increased by 50%. The first few circle changes do not cause much damage, but the last PUBG Circle changes are to watch for. Playing at the center of the circle becomes severely difficult as the Circle gets smaller. The blue zone in the circle is the safe area, displayed as a white circle. If you are caught in the Blue zone, make sure you have either medicine gear or vehicle. The Red Zone in the circle is the danger zone which occurs randomly on map. Try to avoid red zones completely; surviving a red zone can be done easily by staying indoors.

Last, but not the least, Teamwork has it all. If you are playing in a group or team, you need to ensure optimum team play. Divide your tasks accordingly and try to eliminate enemies early. The basic mantra is to stick together as the playzone gets smaller. Be together and keep moving to survive till the last.

So, get started with these simple tips and try to use them in every PUBG game. Battle out your enemies like a pro and enjoy that PUBG Chicken Dinner!