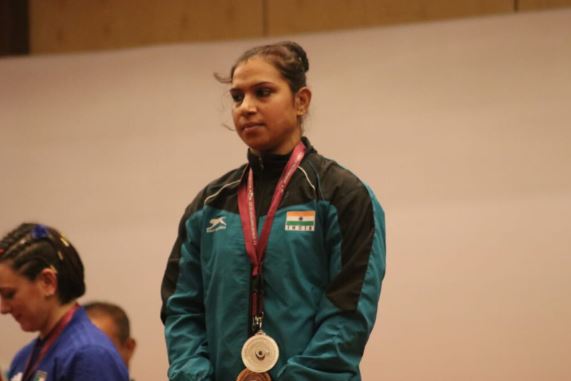 Indian woman weightlifter Rakhi Haldar (64kg) won a bronze medal at the Qatar International Cup along with creating two new national records. She is a commonwealth gold medalist who has created a national record while doing her best in snatch and total weight.

This Indian player won a gold medal with a weight of 214 kg (94 kg +120 kg) in Commonwealth games in June 2019. She lifted a total of 218 kg with 95 kg in snatch and 123 kg in the clean and jerk category. India ended its journey with three medals at Olympic qualifying silver level event.

A weightlifter must compete in at least six tournaments within three six-month periods (November 2018 to April 2020) to qualify for the Tokyo Olympics. Apart from this, the player has to participate in at least one gold and one other silver-level event.

Weightlifting is related to the test of strength and technique, the player needs to be physically as well as mentally strong. Top lifters lift up to three times their weight. Two types of techniques are used in weightlifting. The first technique is snatch, which involves lifting the load above the head and the second technique is clean and jerk, which involves lifting the load in two steps. It is necessary for the lifter to bring hands above the head and remain upright in order to successfully lift weights.