Besides the toll on humans, the recent floods in north and north east India caused considerable damage to animal life, infrastructure and the environment. It is against this backdrop, it is pertinent to understand the causes and impact of recurrent floods. 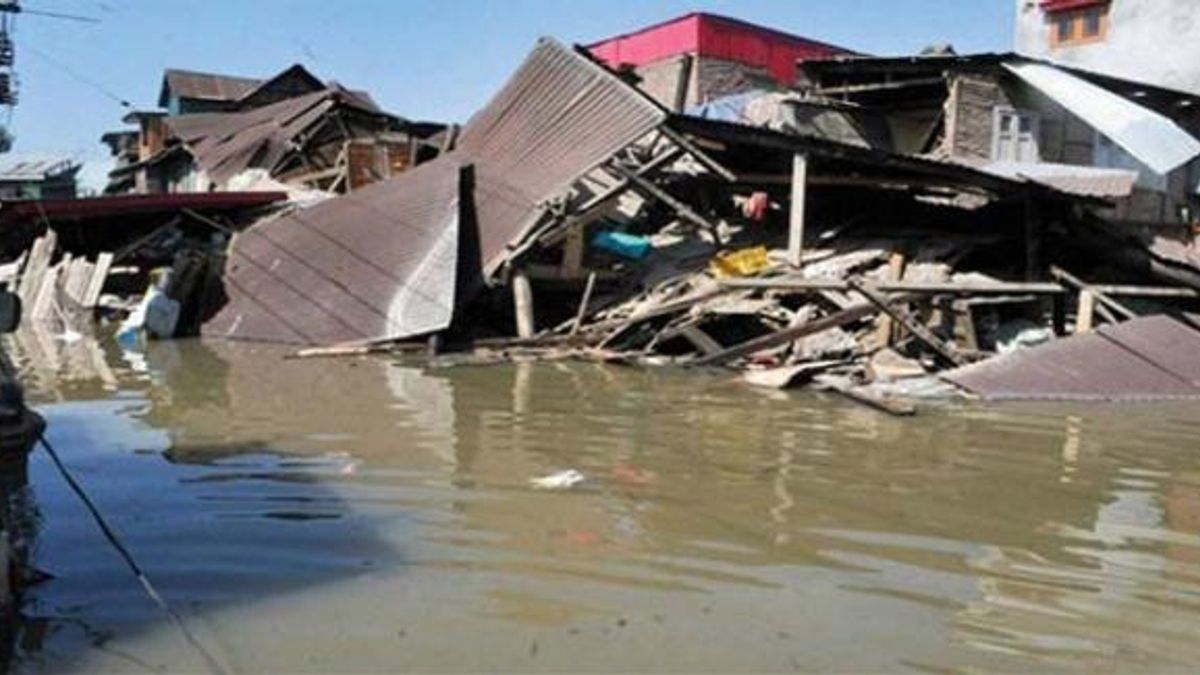 In June and July 2017, many States across India were affected due to floods. The major affected States include Gujarat, Rajasthan, West Bengal, Odisha and Assam among others. As per an estimate, there were at least 650 deaths since 1 June due to rain-related causes.

Besides the toll on humans, the recent floods caused considerable damage to animal life, infrastructure and the environment. It is against this backdrop, it is pertinent to understand the causes of recurrent floods, their impact on social and economic life and the necessary steps to mitigate the impact as well as to avoid their recurrence.

There are several causes of floods and they differ from region to region. The causes may vary from a rural area to an urban area. Some of the major causes of floods in India are given below.

Heavy rainfall: It is the primary cause for floods in India. Especially, rainfall in a short span of time is of much concern as they are leading to flash floods. For instance, in July 2017, Mount Abu received the heaviest rainfall in over 300 years in a span of 24 hours. The hill station received an unprecedented 700 mm of rain in 24 hours. As per a study instituted by the United Nations, climate change phenomenon is believed to be behind flash floods across the globe.

Blockage in the Drains: Blocked drains are the primary cause for the floods in urban areas, especially in metros. For instance, failure of the drainage system is believed to be one of the primary causes behind the Chennai floods in December 2015 that led to the death of more than 400 people.

Landslides: They are the major reason behind floods in hilly areas of the north and northeast. For instance, in June 2013, landslides caused a blockage of flow of streams and rivers in Uttarakhand and caused major floods, causing 5748 deaths.

Apart from the above reasons, natural hazards like cyclones and earthquakes and encroachments of river banks and water bodies cause flooding.

The most important consequence of floods is the loss of life and property. Structures like houses, bridges and roads get damaged by the gushing water.
Some of the negative impacts of recurrent floods are given below –

Impact on Agriculture: Recurrent floods impact the agriculture sector adversely. Due to recurrent floods, fields get submerged and lead to the loss of harvest increasing the vulnerability of farmers to indebtedness. The loss is not only for the farming community but also the common man is hit hardly due to persistent inflation. Besides, the threat to life of milch animals impact the farming community adversely.

Moreover, floods may also affect the soil characteristics. The land may be rendered infertile due to erosion of top-layer.

Damage to infrastructure: Recurrent floods cause severe damage to economic infrastructure like transportation networks, electricity generation and distribution equipment, etc.
Outbreak of diseases: Lack of proper drinking water facilities, contamination of water (well, ground water, piped water supply) leads to out break of epidemics like diarrhoea, viral infection, malaria and many other infectious diseases. The probability of outbreak of diseases in highly densed areas of India is high.

Besides the above, strain on the administration, cost of rescue and rehabilitation of the flood affected population are other causes of concern.

The solution to the problem of recurrent floods lies in mitigation and rehabilitation measures. Some of the important measures are given below.

i. Mapping of the flood prone areas is a primary step involved in reducing the risk of the region. Historical records give the indication of the flood inundation areas and the period of occurrence and the extent of the coverage.

ii. Land use control will reduce danger of life and property when waters inundate the flood plains and the coastal areas.

iii. The number of casualties is related to the population in the area at risk. Hence, in areas where people already have built their settlements, measures should be taken to relocate to better sites so as to reduce vulnerability.

iv. No major development should be permitted in the areas which are subjected to high flooding. Important facilities like hospitals, schools should be built in safe areas. In urban areas, water holding areas can be created like ponds, lakes or low-lying areas.

v. The buildings should be constructed on an elevated area. If necessary build on stilts or platform.

vi. The amount of runoff can be decreased with the help of reforestation, protection of vegetation, clearing of debris from streams and other water holding areas, conservation of ponds and lakes etc.

vii. Flood diversion measures like construction of levees, embankments and dams should be undertaken.

As per an estimate, 12% of India’s land is prone to floods. As per the Central Water Commission (CWC), floods resulted in a loss of 0.86% of the total GDP in the 1970s and 1980s. However, in the present decade, this share has come down to 0.1% of the GDP. Taking into account the growing size of the economy, still, the loss is huge. Hence the administration should take concrete measures on a long term basis to tame the menace of recurrent floods.