Sameer Aggarwal will succeed Krish Iyer who is set to retire on March 31 after serving Walmart India for 8 years. 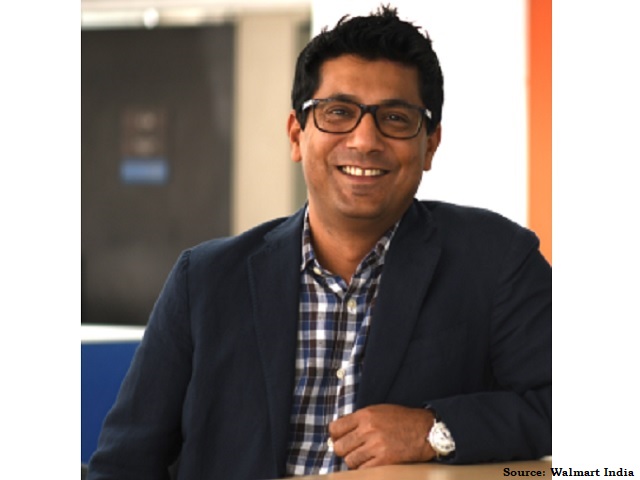 Sameer Aggarwal was appointed as the new CEO of Walmart India on March 25, 2020. His appointment will be effective from April 1.

Aggarwal will succeed Krish Iyer who is set to retire on March 31 after leading the retail giant for 8 years. With his retirement, Iyer’s role will change from full-time management into an advisory one.

Aggarwal was promoted to the position of deputy CEO in January 2020. He has now been elevated again to the post of CEO of Best Price, Walmart India.

• Overall, Aggarwal has over two decades of experience in strategy, general management, finance and mergers and acquisitions across industries in various countries.

• His previous employment was as the Chief Finance, Development and Supply Chain Officer for KFC Thailand.

• Before that, he worked with Sainsbury’s, handing its UK and China operations as Head of Strategy. He was later appointed as the Executive Assistant to the Chief Executive Officer to assist with the CEO transition.

• He has also served McKinsey & Company in the UK and Australia as an Associate Partner, leading projects across the world in various sectors and functions for over seven years.

• He has done Master’s in Business Administration from the London Business School. He is also a member of the Institute of Chartered Accountants of India.

He joined Walmart India in April 2018 as an Executive Vice President, Chief Strategy and Administrative officer. He was later promoted as the Chief Business Officer in December 2018. He was then elevated as Deputy CEO in January 2020 and then as the CEO in March.

Aggarwal will now directly report to Walmart Executive VP and Regional CEO of Asia and Global Sourcing, Dirk Van den Berghe. Speaking on Aggarwal’s promotion, Berghe said that he has done a fantastic job in the past two years, as he had led the charge to make their proposition more customer-centric, developing digital offerings to prepare for their omnichannel services in the future.

Krish Iyer will be working with Sameer Aggarwal till June 30 to enable a smooth transition. After that, he will continue to serve in an advisor role.