Sarbjeet Kaur was tested positive following the intake of a prohibited non-specified substance. 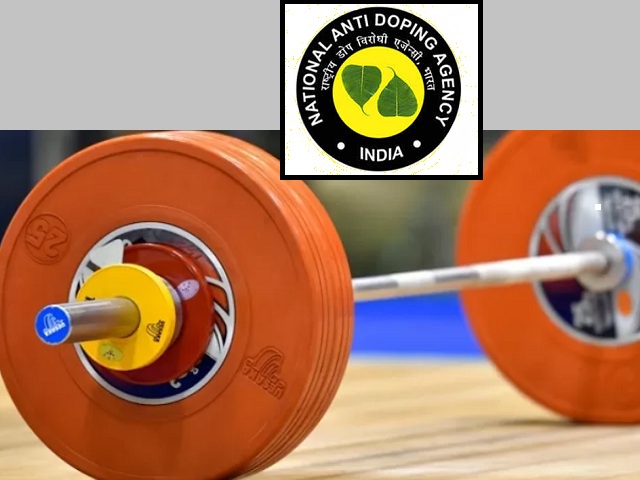 Indian weightlifter Sarbjeet Kaur has been banned from the sport for four years by the National Anti Doping Agency (NADA) after being found guilty of a doping violation.

NADA released an official statement stating that the anti-doping disciplinary panel found Sarbjeet Kaur guilty of the anti-doping rule violation and subsequently imposed a ban on her for a period of 4 years.

Sarbjeet Kaur was tested positive following the intake of a prohibited non-specified substance. Her dope test sample was collected by a NADA Dope Control Officer during the 34th Women Senior National Weightlifting Championship held at Vishakhapatnam.

The analysis of the dope sample revealed the presence of prohibited substances - Di-hydroxy-LGD-4033, Ostarine (Enobosarm) and Selective Androgen Receptor Modulations (SARM). The final decision was announced after the completion of the entire inquiry procedure. 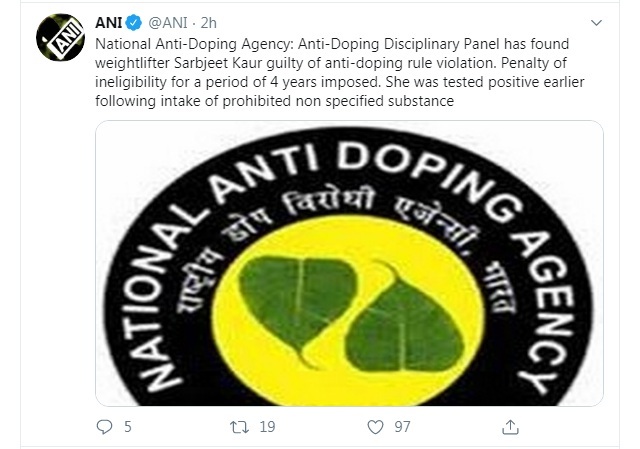 Sarbjeet Kaur had won the 71kg event at the women’s national weightlifting championships in February 2019.  She is not the first Indian weightlifter to have been found guilty of a doping violation.

In December 2017, Commonwealth Championship silver medalist Seema was slapped with a four-year ban after being found guilty of doping. Seema had finished sixth in the women's 75kg weightlifting category at the 2018 Gold Coast CWG.

Arjuna Award winner and Olympian Satheesha Rai was also stripped of his 2002 CWG gold medal after he tested positive for a banned substance. He had won two gold and one bronze medal at the Games. He had previously won a gold medal and two silvers at the 1998 Commonwealth Games.

Another Indian Olympian, Sanamacha Thingbaijani Chanu was also tested positive for a banned substance and subsequently disqualified from the 2004 Summer Olympics. She had originally finished 4th in the women's 53 kg weight class at the Olympic Games.

Sanamacha Thingbaijani Chanu was found guilty of a doping violation for the second time during the trials for the 2010 Commonwealth Games in India. She was tested positive for methylhexanamine and was banned for eight years.

The International Olympic Committee has been increasingly expressing its concern over rising doping allegations in international weightlifting. As per reports, young girl competitors are encouraged to take the banned drugs at the age of just 13 years.

The IOC had threatened to withdraw the Olympic status of the sport following the new widespread allegations. It is not clear whether this would impact the sport’s place in the upcoming Tokyo Olympics.

The IOC has, however, stated that it will contact the World Anti-Doping Agency (WADA) to ensure that anyone found guilty of using banned substances is kept away from the Olympic Games.