The largest volcano stands at almost 4000 metres, which is taller than Aoraki Mount Cook (3724 metres tall), which is New Zealand's highest peak. 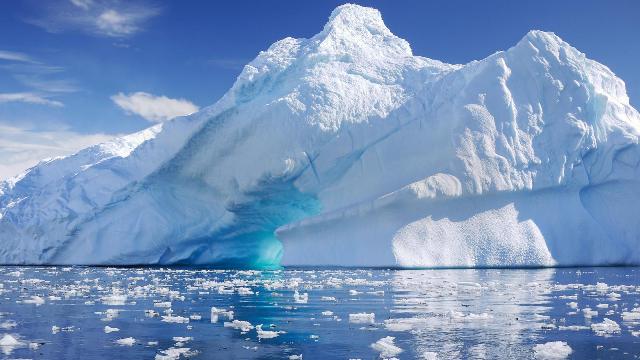 A group of scientists have uncovered the largest volcanic region on Earth, only two kilometres underneath the surface of the vast ice sheet that covers west Antarctica.

A paper published by a research team from Edinburgh University revealed that there are 91 volcanoes under the ice sheets in the west of Antarctica. These are in addition to the 47 already known in the region.

The largest volcano stands at almost 4000 metres, which is taller than Aoraki Mount Cook (3724 metres tall), which is New Zealand's highest peak.

Geologists say that this huge region is likely to dwarf that of east Africa’s volcanic ridge, currently rated the densest concentration of volcanoes in the world.

The discovery added to the growing concern for a region already affected by climate change. The scientists have said that if one were to erupt it could further destabilise the ice sheets.

• The study involved analysing measurements made by previous surveys, which involved the use of ice-penetrating radar, carried either by planes or land vehicles, to survey strips of the west Antarctic ice.

• The results were then compared with satellite and database records and geological information from other aerial surveys.

• After the team had collated the results, it reported 91 previously unknown volcanoes, adding to the 47 others that had been discovered over the previous century of exploring the region.

• These newly discovered volcanoes range in height from 100 to 3850 metres.

• All these volcanoes are covered in ice, which sometimes lies in layers that are more than 4 km thick in the region.

• The active peaks are concentrated in a region known as the west Antarctic rift system, which stretches 3500 km from Antarctica’s Ross ice shelf to the Antarctic peninsula.