Elon Musk's SpaceX has launched its Falcon 9 rocket carrying 64 small satellites into low orbit around the Earth, setting a new US record. The mission was one of the company’s largest and most complex and intricate endeavours. 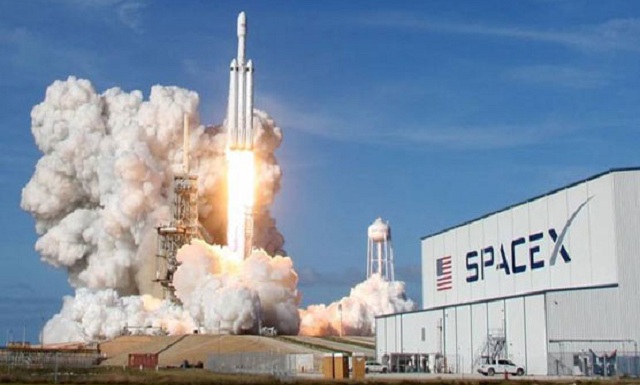 Elon Musk's SpaceX on December 3, 2018 launched its Falcon 9 rocket carrying 64 small satellites into low orbit around the Earth, setting a new US record.

According to the company, the mission was one of its largest and most complex and intricate endeavours. The mission also marked the third voyage to space for the same Falcon 9 rocket, which marks another milestone for SpaceX's cost-cutting reusable rocket technology.

The rocket blasted off from Vandenberg Air Force Base in California carrying satellites from 34 different companies, government agencies and universities, including the University of Illinois.

• In its bid to make rockets more re-usable, like airplanes, SpaceX used a recycled booster for the blast-off for the third time.

• The company has landed more than 30 of these boosters back on Earth and has begun re-using them on subsequent missions.

• In the past, companies have typically allowed rocket parts costing millions of dollars to fall like junk into the ocean.

• However, in the recent mission, several minutes after the liftoff, the tall and white portion of the rocket, which is formally known as the first stage, separated from the second stage in a flawless manner, just like many before it.

• The booster then fired its engines and made a controlled, upright landing on a platform in the Pacific Ocean. Meanwhile, the second stage pressed deeper into space.

• The launch was chartered by a company called Spaceflight, which specialises in space "rideshares," or putting multiple satellites on the same rocket.

The Falcon 9 rocket carried 15 micro-satellites and 49 CubeSats belonging to 34 different clients including public, private and university sources from 17 different countries across the world including South Korea, France and Kazakhstan.

While the microsatellites weigh a few dozen kilograms, the CubeSats are even smaller. The satellites will be placed into orbit over the next several hours.

Among the launched satellites, not all have scientific missions, as one is a sculpture called "Orbital Reflector" by artist Trevor Paglen, sent by the Nevada Museum of Art.