According to the latest study, Asia-Pacific region accounts for more than half of the world’s Internet users and is the biggest region globally in terms of e-commerce sales, has seen a massive rise in cybercrime. 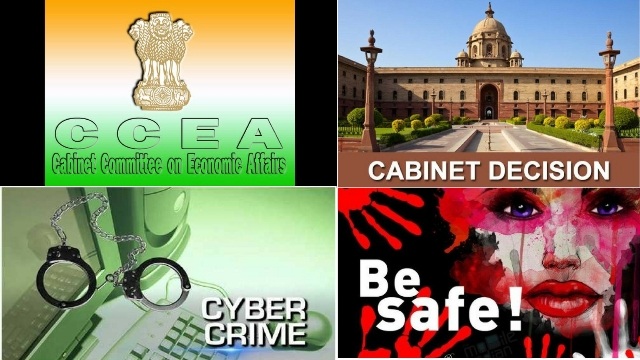 India is one of top global cybercrime hotspots: study

According to the latest study, Asia-Pacific region accounts for more than half of the world’s Internet users and is the biggest region globally in terms of e-commerce sales, has seen a massive rise in cybercrime.

India, China, Japan, and Vietnam are now some of the top cybercrime hotspots in the world, with China ranking second behind the US as the biggest source of global threats.

This region continues to display its susceptibility to malware, with India, Indonesia, and the Philippines among the top countries with the maximum number of malware infections.

The Union government has initiated the process of formulating comprehensive 'safe-city' plans for women in eight metropolitan cities of the country. The process was kick-started during a Steering Committee meeting chaired by Union Home Secretary Rajiv Gauba on 22 November 2017.

During the meeting, a comprehensive review was undertaken to measure the progress and examine steps taken by the police and civil administration for women's safety.

The plan will be implemented in cities including Delhi, Mumbai, Kolkata, Chennai, Ahmedabad, Bengaluru, Lucknow and Hyderabad.

The Cabinet Committee on Economic Affairs (CCEA) on 22 November 2017 approved the expansion of Beti Bachao Beti Padhao (BBBP) scheme for Pan India reach covering all the 640 districts (as per census 2011) of the Country.

The expansion under Beti Bachao Beti Padhao scheme came following the successful implementation of the scheme in 161 districts of the country. The expansion includes Multi sectoral intervention in 244 districts in addition to existing 161 districts and 235 districts will be covered through Alert District Media, Advocacy and Outreach.

The Ministry of Home Affairs through National Disaster Management Authority (NDMA) and the Indian National Centre for Ocean Information Services (INCOIS) would be conducting a multi-State mega mock exercise on tsunami preparedness on 24 November 2017.

The exercise will be simultaneously conducted in 31 coastal districts across four States including West Bengal, Odisha, Andhra Pradesh and Tamil Nadu and Union Territory Puducherry along with the entire Eastern Coast.

The disaster scenario will simulate tsunami waves originating due to a high-intensity earthquake near the Andaman and Nicobar Islands, which will lead to a massive tsunami along the East Coast.

If accepted by UN, the proposal will raise awareness about millets among consumers, policy makers, industry and Research and Development sector. This will directly benefit the future generations of farmers as well as consumers.

As per the government, Millets are Smart Food as they are 'Good for You, Good for the Farmer and Good for the Planet'.