Union Government appoints Dineshwar Sharma as its Representative in J&K

The Union Government has appointed Dineshwar Sharma, former Director of Intelligence Bureau, as a representative of the government to initiate and carry forward a dialogue with the elected representatives and various organizations of Jammu and Kashmir. 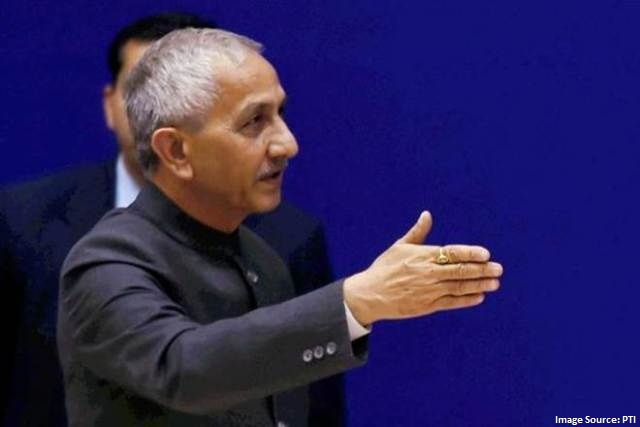 Union Government appoints Dineshwar Sharma as its Representative in J&K

The Union Government on 23 October 2017 appointed Dineshwar Sharma, former Director of Intelligence Bureau, as a representative of the government to initiate and carry forward a dialogue with the elected representatives, various organizations and concerned individuals in the state of Jammu and Kashmir.

Sharma would be initiating a sustained interaction and dialogue to understand the legitimate aspirations of the wide cross sections of society, particularly the youth in the state and communicate the same to the state government and the Centre.

The move comes in the wake of various steps taken by Prime Minister Narendra Modi to address the needs of the people of Jammu and Kashmir.

Prime Minister Narendra Modi during his visit to the state’s capital, Srinagar on 7 November 2015 had announced a package of Rs 80,068 Cr for the overall development of the state.

Besides this, Modi had also met the leaders of the state’s various political parties and received suggestions on the issue of peace and development in the state.

Union Home Minister Rajnath Singh has also visited the state in September 2017 and met a large number of delegations from wide spectrum of the society.

• Sharma is a Retired IPS officer from 1979 Batch of Kerala Cadre.

• During his distinguished career, he had served in the states of Jammu & Kashmir, Kerala, Uttar Pradesh, Nagaland and Manipur.

• He had also previously served as the Additional Director and Special Director in the Intelligence Bureau in the Headquarters.

• Sharma has in-depth understanding of security related matters and considerable knowledge and experience about issues relating to Jammu and Kashmir.