Ilhan Omar, a Democrat from Minnesota said in a statement that this is a test of our humanity. 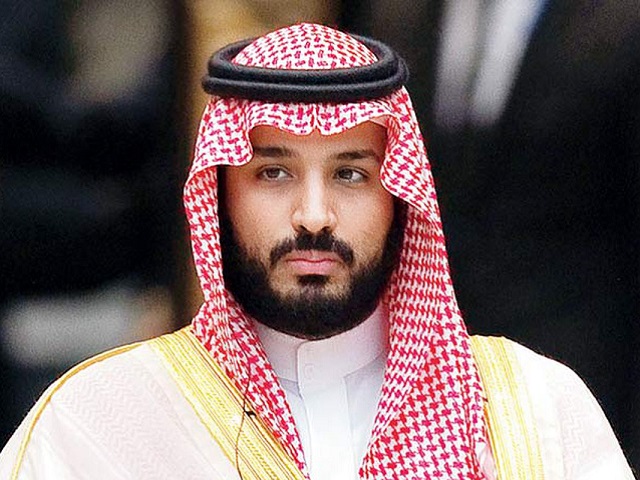 US lawmaker Ilhan Omar introduced a bill on March 2, 2021 to sanction Saudi Crown Prince Mohammed bin Salman for his involvement in the murder of journalist Jamal Khashoggi. This comes after a US intelligence report implicated the Saudi Crown for approving the operation to capture or kill Khashoggi.

Ilhan Omar, a Democrat from Minnesota said in a statement that this is a test of our humanity. She urged that if the United States of America truly supports freedom of expression, democracy and human rights, there is no reason not to sanction Mohammed bin Salman, a man that our own intelligence found to have approved the murder of US resident and Saudi journalist Jamal Khashoggi.

Omar quoted Khashoggi's fiancee Hatice Cengiz in her statement: "If the Crown Prince is not punished, it will forever signal that the main culprit can get away with murder."

Ilhan Omar further tweeted saying that every minute Mohammed bin Salman escapes punishment is a moment where US interests, human rights, and the lives of Saudi dissenters are at risk.

Every minute Mohammed bin Salman escapes punishment is a moment where U.S. interests, human rights, and the lives of Saudi dissenters are at risk.

Today, I introduced legislation to place sanctions on the Crown Prince for his role in the murder of Jamal Khashoggi. pic.twitter.com/MKBzxotVbO

Another Democrat lawmaker Tom Malinowski also put forward a bill that called for the Saudi Arabia Accountability for Gross Violations of Human Rights Act. The bill seeks to ensure that the Crown Prince is banned from travelling to the US.

Malinowski added that not sanctioning the Saudi Crown Prince weakens the administration's stance.

US working to "recalibrate" not "rupture" US-Saudi relationship

•  Though the United States had imposed sanctions on those involved in Khashoggi's killing, the Saudi Crown Prince was spared to preserve relations with the Gulf kingdom.

•  However, US President Joe Biden tried to make clear that killings of political opponents were not acceptable to the United States.

•  The US State Department spokesman Ned Price had stated that the US is working to "recalibrate" and not "rupture" the US-Saudi relationship.

•  Saudi Arabia is an important ally for the US in the middle-east and its role is extremely significant, especially with the rising US tensions with Iran.

The Office of the Director of National Intelligence (ODNI) had released a declassified report on February 26, 2021 that blamed the Saudi Crown Prince for planning the 2018 operation that killed Khashoggi, who was a Saudi citizen and resident of the US, in the Saudi consulate in Istanbul, Turkey.

Jamal Khashoggi was a vocal critic of the Saudi regime. He was killed on October 2, 2018, in Turkey where he had gone to get some paperwork from the Saudi Consulate in Istanbul. His killing had led to global outrage and impacted the reputation of Saudi Arabia's Crown Prince Salman.