US President Donald Trump had announced earlier this week that he was preparing an order after protesters tried to vandalise a statue of former US President Andrew Jackson near the White House. 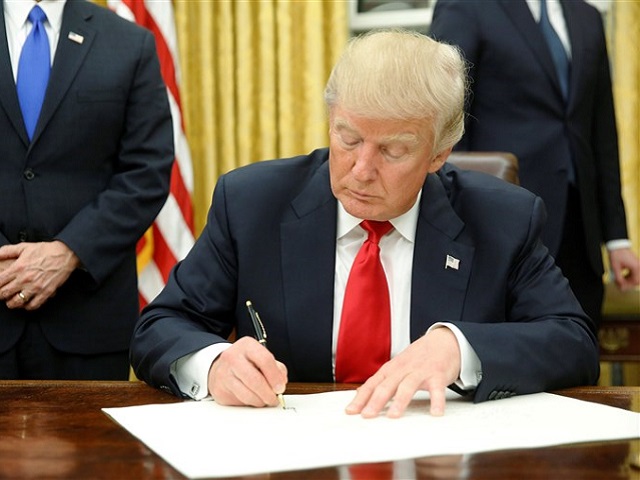 US President Donald Trump on June 26, 2020 signed an executive order to protect the nation’s monuments and statues from vandalism.

Trump made the announcement by tweeting that he has signed a very strong executive order to protect American monuments, memorials and statues to combat recent criminal violence. He announced that such acts will attract long prison terms.

I just had the privilege of signing a very strong Executive Order protecting American Monuments, Memorials, and Statues - and combatting recent Criminal Violence. Long prison terms for these lawless acts against our Great Country!

The White House is yet to release full details on the executive order.

• US President Donald Trump had announced earlier this week that he was preparing an order after protesters tried to vandalise a statue of former US President Andrew Jackson near the White House.

• The incident took place amid the ‘Black Lives Matter’ demonstrations against racism and police brutality, which are taking place across the nation after the death of an African-American George Floyd in police custody last month.

• The President had asserted that the proposed order will reinforce the existing law.

• The Veterans' Memorial Preservation Act passed in 2003 already empowers authorities to impose jail terms up to 10 years and fine for "attempts to injure or destroy, any structure, plaque, statue or other monuments on public property commemorating the service of any person or persons in the armed forces of the US."

• Trump announced that the executive order will also consolidate various other things.

The protesters had previously vandalised Mahatma Gandhi’s statue across the Indian Embassy in Washington DC. The US lawmakers condemned the vandalisation calling it disrespectful.

Massive nationwide protests were launched in the United States after the custodial killing of George Floyd on May 25, 2020 in Minneapolis, Minnesota. The protesters had also burnt down the historic Church in Washington DC and damaged monuments such as the Lincoln Memorial.