What is four-day test proposal? Veteran cricketers criticize the proposal

The ICC cricket committee will be discussing the proposal of four-day test in March 2020. 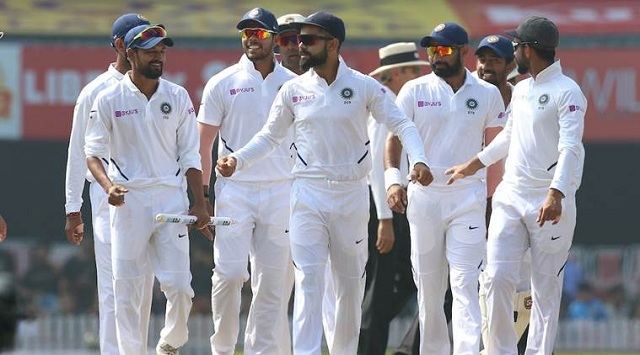 The ICC cricket committee will be discussing the proposal of four-day test in March 2020. The proposal has received criticism from veteran cricketers including Sachin Tendulkar and Shoaib Akhtar.

The cricket committee is headed by former Indian captain Anil Kumble and comprises the likes of Rahul Dravid, Mahela Jayawardene, Shaun Pollock and Andrew Strauss as its members.

The four-day test proposal will be discussed during the next round of the committee’s meeting in Dubai from March 27-31, 2020. The proposal has been floated for the 2023-2031 cycle.

Speaking on the same, Kumble said that since he is a part of the committee, he cannot tell what he is thinking about the four-day test proposal at the moment. The veteran cricketer stated that they will be discussing the proposal in the meeting. He added that he is fine with the views given by the past and current cricketers on the proposal.

• While the cricket boards of England and Australia are open to the idea of four-day Tests, BCCI Chief Saurav Ganguly refused to comment on it saying that it is too early to talk about it.

• Indian skipper Virat Kohli opposed the idea saying that test cricket should not be altered or tinkered around with too much.

• The cricketers who seemed to approve the idea include Shane Warne, Michael Vaughan and Mark Taylor.

• Former Pakistan pacer Shoaib Akhtar also rubbished the idea, alleging that it is a conspiracy against the Asian teams.

• India’s cricketing great Sachin Tendulkar also rejected the proposal of four-day tests, claiming that it would be a disadvantage for the spinners.

The International Cricket Council wants to check out the proposal of four-day tests, mainly to free up space in the crowded cricket calendar.

The ICC is looking to reduce the time of the longest cricketing format to pave the way for more commercially viable shorter formats of the game.

The move, however, has been criticized by many legendary cricketers who believe that four-day tests could have an adverse impact on the spinners.

Four-day Tests have been played before between England and Ireland in 2019 and between South Africa and Zimbabwe in 2017.