Who are the Uyghurs? What is Uyghur Human Rights Policy Act?

The US has passed the Uyghur Human Rights Policy Act to stop the detainment, torture and harassment of the Uyghur Muslim communities in China. 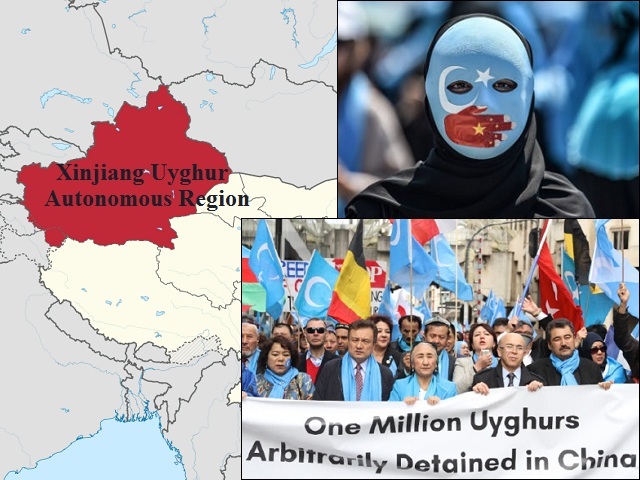 The United States has passed a bill that aims to address the mass captivity of over 1,000,000 Uyghurs and other ethnic Muslim minorities in China.

The Uyghur Human Rights Policy Act was passed by the US Congress and it proposes that the US redirect its resources to address the mass detainment of the Turkic Muslims. The action is expected to attract a sharp reaction from China.

The Uyghur Human Rights Policy bill calls to put a stop to the human rights abuses, the detainment, torture and harassment of the Uyghur Muslim communities in China. The US Senate had passed the act earlier.

• The Uyghur Human Rights bill directs US government bodies to prepare reports on China's treatment of the Uyghurs.

• Under the bill’s provisions, the office of the Director of National Intelligence will be required to report to the Congress all issues concerning China’s alleged crackdown on the Uyghur community in Xinjiang province.

• It shall also report the frequency with which other governments are forcing the Turkic Muslim refugees and other asylum seekers to return to China and the development or transfer of technology that enables mass captivity and surveillance.

• The state department shall also report the scope of the reported crackdown in Xinjiang, including the number of individuals held in captivity, use of forced labour and assessment of government surveillance in the region and US diplomatic efforts to resolve the issue.

• The department will also have to report where certain individuals can be held responsible for acts such as the Secretary of the Chinese Communist Party and made to face sanctions under the Global Human Rights Accountability Act.

• Further, the FBI will report on its efforts to protect the ethnic Uyghurs and Chinese nationals in the US from intimidation by the Chinese government.

• The bill further proposes that the US Agency for Global Media will report on all media-related matters including the reach of US media into Xinjiang and the assessment of China’s propaganda strategies and the US actions to counter such efforts to downplay the crackdown.

• According to reports, since 2016, over a million Uyghur Muslims have been detained in Xinjiang re-education camps by the Chinese Government.

• The main purpose of these re-education camps was to ensure adherence to the ideology of the Chinese Communist Party. The information was collected by the International Consortium of Investigative Journalists.

• As per reports, the detainees are kept in captivity for at least 12 months depending on their performance in the ideology tests. The detainees are not permitted to leave the camp till the government decides to free them.

• The reports also suggested that the communication between the inmates and their family members was also limited to one phone call per week.

• According to the United Nations, as many as one million people are being captive in such re-education camps in Xinjiang.

• The Human Rights Watch had released a report in 2017 calling upon the Chinese government to immediately free the detainees and shut down the political education centres.

• According to reports, almost 1 in 10 Uyghurs are being detained in re-education camps as of November 2019.