The ‘Yoda’ bat was discovered in a remote rainforest of Papua New Guinea. 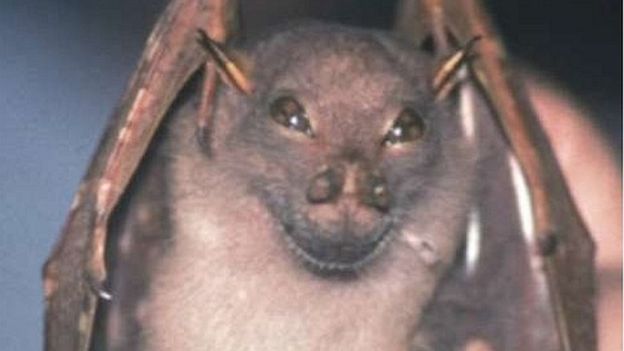 An unusual breed of fruit bat has now officially been recognised as a new species.

The bat, previously nicknamed 'Yoda' due to its resemblance to the Star Wars Jedi Master, has been renamed the happy (Hamamas) tube-nosed fruit bat.

• The ‘Yoda’ bat was discovered in a remote rainforest of Papua New Guinea.

• After thorough research examining literature and some 3000 specimens in 18 museums around the world, a University of York researcher now formally distinguished and registered the new species.

• The species is very difficult to tell apart from other tube-nosed bat species. Bat species often look similar to each other; however, they differ significantly in behaviour, feeding and history.

• Most of the morphological characteristics that separate this bat from other species are associated with a broader, rounder jaw which gives the appearance of a constant smile.