Yusuf Pathan announces retirement from all forms of cricket 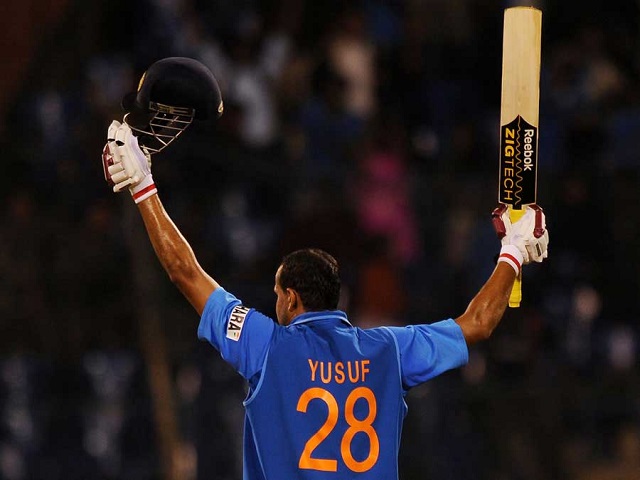 Indian cricketer Yusuf Pathan has announced his retirement from all forms of cricket. The cricketer issued a statement that read, "I still remember the day I wore the India jersey for the first time. I didn't only wear the jersey that day but took upon by family's, coach's, friends', the whole country's and my own expectations on my shoulders as well."

His statement further read that since his childhood, his life revolved only around cricket. He continued by saying, "But today is a bit different. There is no World Cup or IPL Final but it is equally important."

He said that the time has come for him to put a full stop to this innings of his life. He officially announced retirement from all forms of the game.  He thanked his family, friends, fans, coaches, teams and the whole country for all the support and love.

Recalling some of his best moments, Pathan wrote that winning two World Cups for India and lifting Sachin Tendulkar on his shoulders were some of the best moments of his career.

Indian cricketer Yusuf Pathan announces retirement from all forms of the game pic.twitter.com/i3Qr1OPAGa

•  Yusuf Pathan had made his debut in first-class cricket in 2001/02. He is the older brother of cricketer Irfan Pathan.

•  He was a right-handed batsman and a right-arm off-break bowler. His younger brother Irfan Pathan was also an Indian cricketer.

•  He had made his international debut under the captaincy of MS Dhoni.