Adar Poonawalla is an Indian businessman and the CEO of Serum Institute of India. He is also a board member of the GAVI Alliance, a global vaccine alliance. 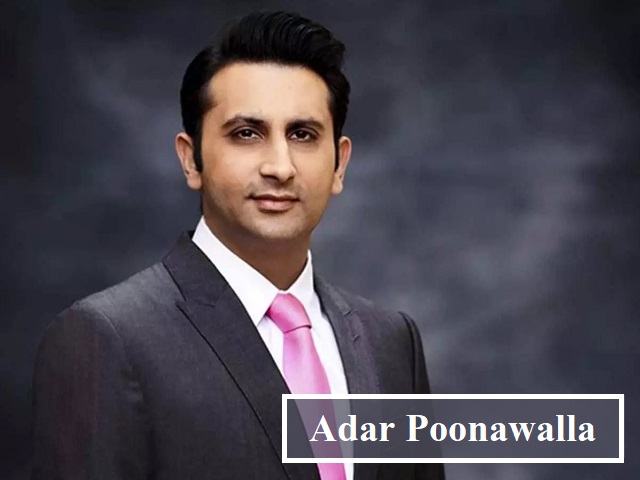 Amongst multiple reports it is important that correct information be shared with the public. pic.twitter.com/nzyOZwVBxH

Adar Poonawalla did his early schooling at The Bishop's School in Pune, Maharashtra. He was admitted to St. Edmund's School, Canterbury where he completed his higher schooling and obtained his bachelor's degree from the University of Westminster, London.

Adar Poonawalla met Natasha Poonawalla at a new year party in Goa hosted by Vijay Mallya. They fell in love and married in 2006. The couple has two sons, Cyrus Poonawalla and Darius Poonawalla born in 2009 and 2015 respectively.

In 2001, after graduating from London, Adar Poonawalla joined the Serum Institute of India. At that time, the company was exporting its products to 35 countries. He concentrated on the company's international market, licencing of products, and getting pre-qualified by the World Health Organization (WHO) for supply to United Nations Agencies including UNICEF and PAHO.

10 years after joining the company, he became the CEO of the Serum Institute of India. A year later in 2012, the company acquired Bilthoven Biologicals, a Netherlands-based government vaccine manufacturing company.

In 2014, he initiated and launched Serum Institute's oral polio vaccine which became the bestseller for the company. In 2015, his company exported products to over 140 countries. In 2017, he acquired the Praha Vaccine Limited in the Czech Republic.

1- He was listed by GQ Magazine and awarded Philanthropist of the year in 2016.

2- He received Humanitarian Endeavour Award In the Hall of Fame Awards 2017.

3- He was awarded as Indian of the Year in CSR Business Category on CNN-News18 in 2017.

4- He received ET Edge Maharashtra Achievers Awards of Business Leader of the Year by former Maharashtra CM Devendra Fadnavis in 2018.

5- He was awarded CNBC Asia's award for Corporate Social Responsibility in 2018.

7- He was adjudged Entrepreneur of the Year by Economic Times for unparalleled contribution in fighting Covid-19 by successfully supplying huge quantities of Covishield in India and globally in March 2021.

Who is the father of Adar Poonawalla?

Cyrus S. Poonawalla, better known as Vaccine King of India, is the father of Adar Poonawalla.

What is the name of the vaccine manufactured by the Serum Institute of India?

The Serum Institute of India manufactures the Oxford-AstraZeneca vaccine that is locally distributed under the brand name Covishield.

Who founded the Serum Institute of India?

Who is the CEO of Serum Institute of India?

Adar Poonawalla is the CEO of Serum Institute of India.
Comment ()