China has recently reported the first case of H10N3 Bird Flu infection in humans. Know all the risks and precautions associated with the disease and the effect on humans here. 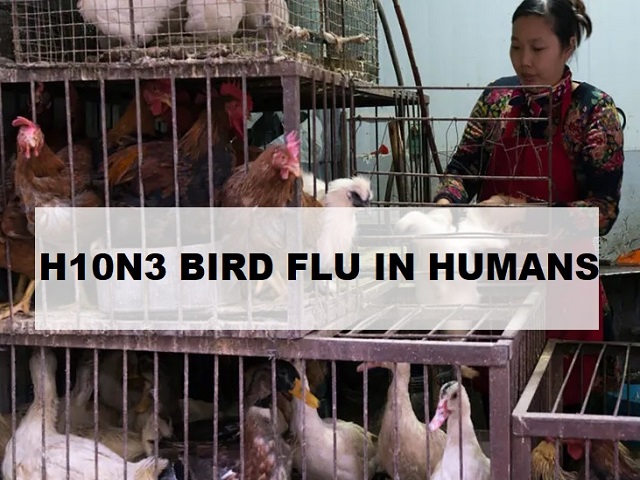 China has recently reported the first case of H10N3 Bird Flu infection in humans. Know all the risks and precautions associated with the disease and the effect on humans here.

A 41 year old man was found infected with a rare strain of Avian Influenza or H10N3 bird flu. The report was confirmed by Beijing's National Health Commission (NHC).

Although many strains of bird flu are present in China, no indication was there that H10N3 can spread to humans so easily.

As per the statement released by World Health Organization (WHO) in this regard, “As long as avian influenza viruses circulate in poultry, sporadic infection of avian influenza in humans is not surprising, which is a vivid reminder that the threat of an influenza pandemic is persistent.”

As per CDC, at present, there are only a few avian influenza strains known to infect humans. These include H5, H7, and H9, usually in the form of H5N1 and H7N9 viruses. Thus avian influenza H10N3 has very less risks and precautions associated with it.

Also Read| What is China's Artificial Sun? All about EAST, the nuclear fusion reactor and its new record