Environmental issues and conservations are the relationship between values and attitudes. Just like other issues, Deep Sea Trawling becomes one of the forefront topics of the marine conservation debate. In this article, we are the meaning of Deep Sea Trawling, name of countries who passed the legislation to prohibit the Deep Sea Trawling, its impact on the environment, which is very useful for the competitive examinations like UPSC-prelims, SSC, State Services, NDA, CDS, and Railways etc. 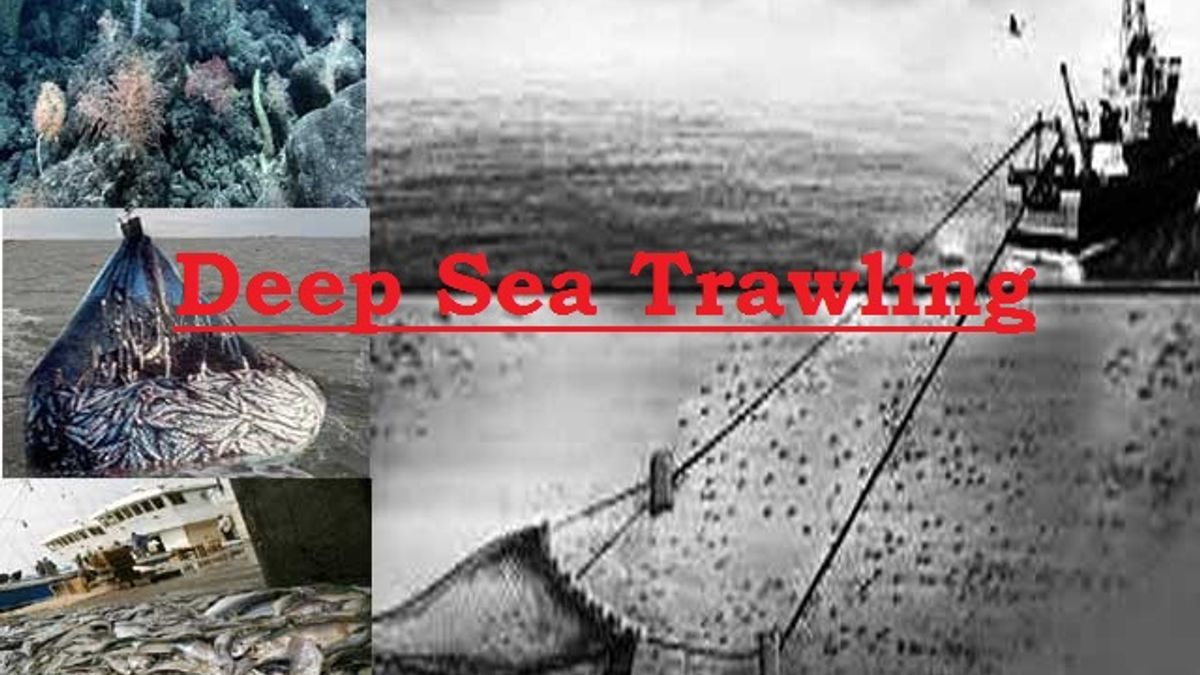 The Deep Sea Trawling can be defined as the Industrial way or method fishing in which large nets with heavy weight are carted across the seafloor to lift out the catch marine animals such as fishes, shrimp, cod etc. It is considered as the most prominent method of fishing which is a practice across the world at large scale.

The gears of Deep Sea Trawling creates huge on the life of marine plants and animals as well as the seafloor by disrupting the sediment column structure, overturning boulders, re-suspending sediments and imprinting deep scars on muddy bottoms.

As we know that it is a method of Industrial fishing. Hence, profit motives drives more fishing or we can say overfishing that causes comprehensive ecological changes in the fish community.

During deep sea trawling, fishes are not only the catch, but also other undesirable catches. The undesirable’s catches are thrown back to the sea, which reduces the marine ecosystem as well as increases the environmental pollution.

The National Academy of Sciences states that the Deep Sea Trawling not only decreases the complexity, productivity, and biodiversity of benthic habitats but also damage the corals and sponges.

Legislation on the Deep Sea Trawling

Today, the entire world comes under a single umbrella to regulate all the activities that damage our environment & ecology. Some of the regulations of the countries who prohibited the Deep Sea Trawling are given below:

1. The United States Regional Fisheries Management Council restricted the deep sea trawling activities in a specific region. For Example- US West Coast converted into preserving the area and prohibited for bottom trawling.

2. The Council of the European Union prohibited deep sea trawling in the Darwin Mounds off Scotland.

6. Hong Kong banned all types of trawling in a sea and if anyone being caught then will be subjected to fined or imprisoned under the Fisheries Protection Ordinance.

Hence, other countries like New Zealand, Palau, and Kiribati etc. also came forward to stop the overfishing activities that damage the marine ecosystem.