What is the difference between payments banks and commercial banks?

Payments Banks and the Commercial Banks both work as per the Banking Regulation Act, 1949. The basic difference between commercial banks and payment banks is that later can accept deposits upto maximum Rs. 1 lakh/customer while there is no such limit for commercial banks. 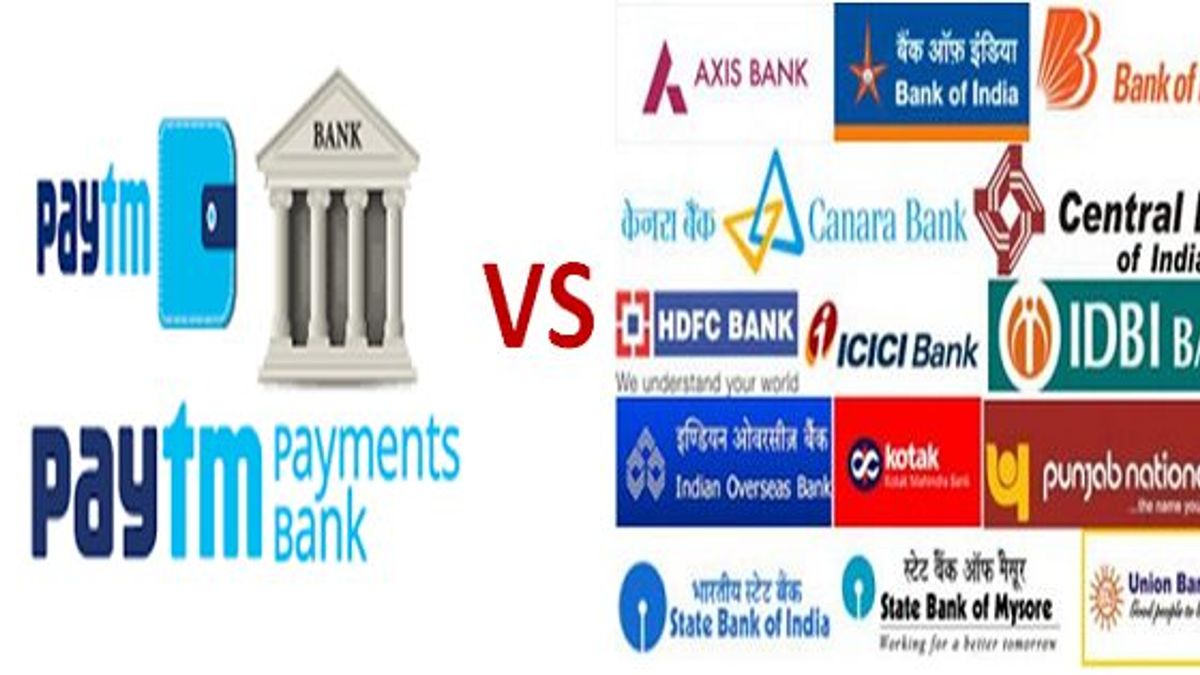 In addition to the Banking Regulation Act, 1949; the payments banks will also be governed by the provisions of the Deposit Insurance and Credit Guarantee Corporation Act, 1961, Reserve Bank of India Act, 1934, Payment and Settlement Systems Act, 2007 and Foreign Exchange Management Act, 1999.

The main objectives of setting up of payments banks is to ensure the financial inclusion by providing payments/remittance services to migrant labour workforce, opening up small savings accounts of small business holders, low income households, workers of the unorganised sector.

In India both the Payments Banks and the Commercial Banks work under the Banking Regulation Act, 1949, but still there is a huge difference between the functions of the commercial banks and payments banks.

How Payments Banks and the Commercial Banks are different from each others;

1. It is believed that the banking system in India was started in 1786 after the establishment of the Bank of Calcutta whereas the payments bank started its operation in November 2017.

2. The Commercial Banks can accept any amount as deposit per customer but the payments bank will be restricted to holding a maximum balance of Rs. 1,00,000 per individual customer.

3. Payments banks are allowed to issue ATMs or debit cards to their account holders but they can’t issue a credit card while there is no such rule for commercial banks.

7. Payment banks must use the word "Payments Bank" in their name to look different from other banks but commercial banks need not to do so.

It is expected that after reading the points given above, you have clearly understood that on which points the commercial banks and the payments banks are different from each other and on which points there is a similarity between these two.