Exoskeleton Suit for Indian Army by DRDO: Here's all you need to know

DRDO has been doing RD on exoskeleton technology for several years now and is yet to field any operational technology in this field. 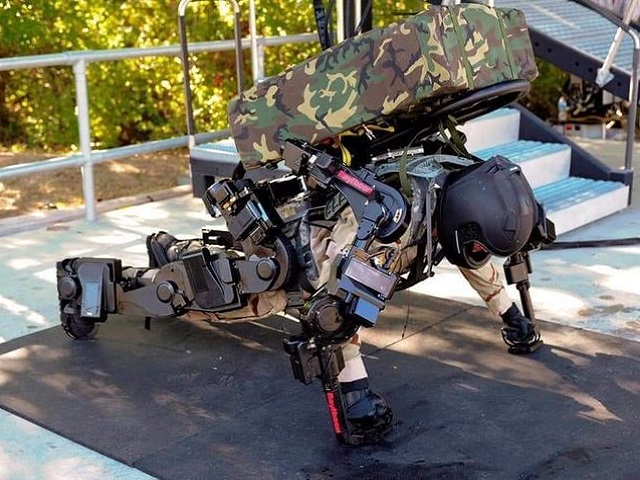 In a bid to make the lives of soldiers safer and conducive, DRDO has been doing R&D on the exoskeleton technology for several years now. However, it is yet to field any operational technology in this field.

While China, amid the border tensions, came out with military-grade exoskeleton suits which are powered and used for carrying ammunition. In late 2020, non-powered exoskeletons were used by the Chinese border defence troops for supporting operations like supply delivery, patrol etc.

Explained: What is DRDO's anti-COVID drug 2-deoxy-D-glucose (2-DG) and how it works?

Exoskeletons or exo-suits are the gadgets worn by a soldier over a regular uniform to augment his strength. The gadget comes with powered special devices and AI to enhance the capabilities of a soldier. They can either be made up of rigid materials such as metal and carbon fibre or soft and elastic materials.

ATMAN AI by DRDO: All you need to know about COVID-19 detection software using chest X-rays

1- An exo-suit rigged up on a soldier is expected to enhance his additional load carrying capacity by 100kg for a minimum of 8 hours of operational time and has 3-5 hours of battery backup.

2- Soldiers who patrol in high altitude terrains wear a leg-gear that assists them in walking in the snow.

3- It also reduces fatigue and exhaustion faced by the soldiers in a thin oxygen climate.

4- They relieve more than 50% of the load burden, thereby reducing the injury to the soldiers.

Multiple R&D in bio-engineering and electro-medical technology is underway in DRDO Lab to augment the strength of the Indian soldiers. DEBEL, the nodal lab doing R&D on the exoskeleton, is using in-house expertise in disciplines of Biomedical or Biomechanics, actuators and control systems.

Financial Express quoted a senior officer on the condition of anonymity as saying, "In any case, user feedback after operational deployment is usually an important aspect in any development work, and wishes to be seen as a chance to enhance the likelihood of supporting the Indian Troops, especially before the onset of harsh winters in the Galwan Valley."

DRDO in a response to Financial Express on the current status of Exoskeletons stated, "DRDO has been entrusted with a requirement to augment the soldier’s capability during logistics activities performed by the military. Therefore, the biomechanical characteristics of the soldier during various logistics activities such as transportation of goods, ration, ammunition etc., through diverse terrain, for long distances with their complete military gear has been systematically captured and analyzed."

What is DRDO's Oxycare System and how it can prove to be a boon in the COVID-19 pandemic?