According to NASA the white flash represents energy released during a magnetospheric sub storm and ARTEMIS Mission suggest that the solar wind and the Moon's crustal magnetic fields work together to give the Moon a distinctive pattern of darker and lighter swirls. How this happen, let us study through this article. Also, we will study about the ARTEMIS/THEMIS Mission with objectives, features, significance and some facts. 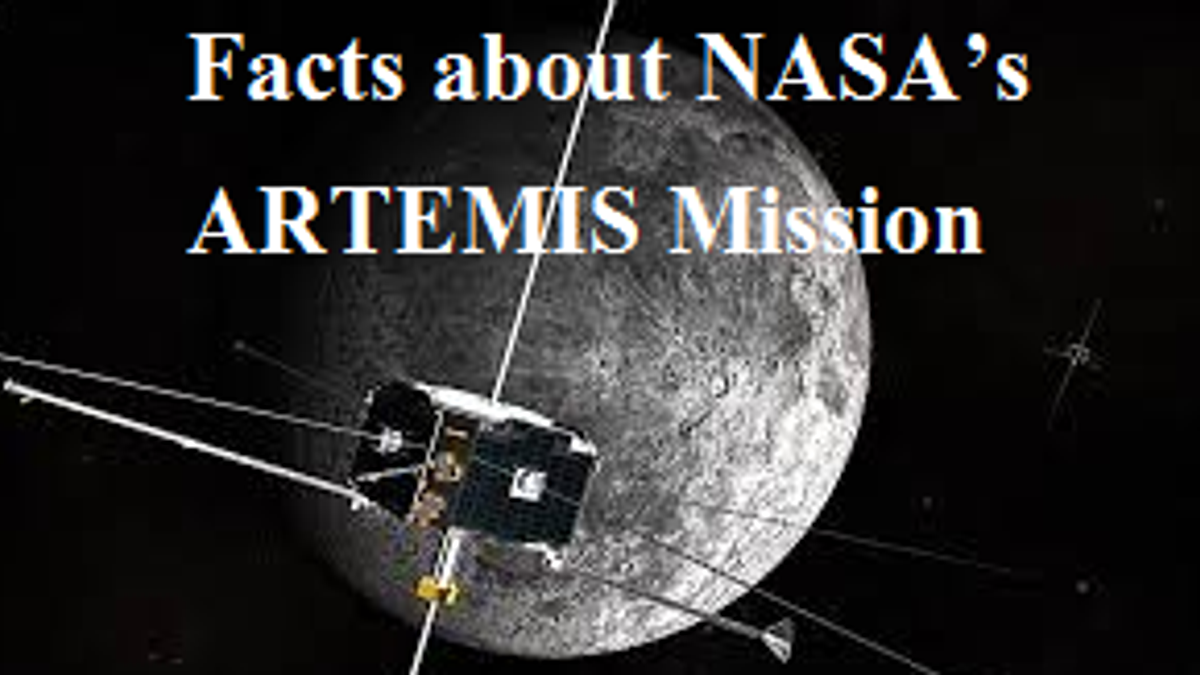 ARTEMIS is "Acceleration, Reconnection, Turbulence and Electrodynamics of the Moon's Interaction with the Sun". According to the scientists NASA's ARTEMIS mission suggest that the solar wind and the Moon's crustal magnetic fields work together to give the Moon a distinctive pattern of darker and lighter swirls. Let us study through this article about ARTEMIS/THEMIS Mission.

According to NASA, around the Earth there is a region which protects us from the solar wind. Scientist have taken a unique group of 5 satellites known as THEMIS which help to unlock the mystery of how Earth's magnetosphere stores and releases energy from the sun. Out of these satellites three are continuously studying the sub storms that are visible in the Northern Hemisphere as a sudden brightening of the Northern Lights or aurora borealis. And two of the five have been sent on a new mission to the moon. This mission is known as ARTEMIS. These spacecrafts will measure what happens when the radiation of the Sun hits rocky moon, where there is no magnetic field to protect it. These two probes are P1 and P2. Scientists will learn about the Earth-moon Lagrange points, the solar wind, the Moon's plasma wake and how the Earth's magnetotail and the moon's own weak magnetism interact with the solar wind.

Why GSAT-11 India’s heaviest satellite was not launched from India?

How distinctive pattern of darker and lighter swirls on Moon occurs?

- The Sun releases a continuous outflow of particles and radiation known as solar wind.

- The solar wind washes over the planets, moons and other bodies in our solar system which fills a bubble of space known as heliosphere that extends the far past of the orbit of Pluto.

- Let us tell you that the Earth is largely protected from the damaging effects of the solar wind because the solar wind is magnetised and Earth's natural magnetic field deflects the particles of solar wind around our planet so that a small fraction of them reach our planet's atmosphere.

- But the Moon does not have a global magnetic field. On the other hand magnetised rocks near the lunar surface do create small, localised spots of magnetic field that extend anywhere from hundreds of yards to hundreds of miles.

- Do you know that the magnetic field bubbles by themselves are not robust enough to protect humans from that harsh radiation environment, but studying their structure also help in developing the techniques to protect our future explorers.

- Under these miniature magnetic umbrellas, the material that makes up the Moon's surface is called regolith which is shielded from the Sun's particles.

- These particles flow toward the Moon, and are deflected towards the areas just around the magnetic bubbles, where chemical reactions with the regolith darken the surface.

- This way the distinctive swirls of darker and lighter material are so prominent that they can be seen from the Earth.