GK Question and Answers on Gandhara, Mathura and Amravati School of Arts

This article deals with Questions and Answers based on the art and architecture of Gandhara, Mathura and Amravati School of Arts, so that we can have more idea about these arts and architecture, how they are flourished, features of these arts etc. which may be helpful in the preparations of various examinations whether academic. 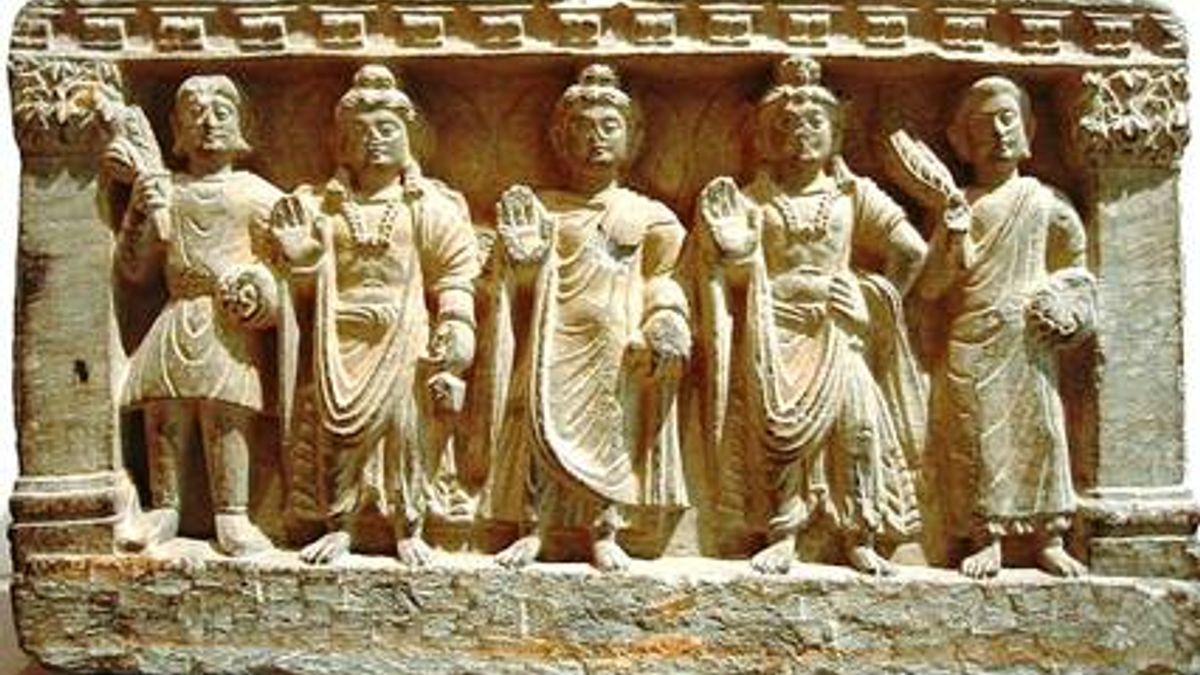 GK Question and Answers on Gandhara, Mathura and Amravati School of Arts

Going back to 5000 years in history, India has a deep-rooted culture and civilization. India’s ancient but continuing civilisation has fascinated and mesmerised the world. We all know that there is an endless diversity in India starting from its physical features to Geologic structure, fauna and flora, demographic structure, races, languages, religions, arts and crafts and customs and traditions. Extensive archaeological excavations carried out which led to the existence of various cultural civilisation like Harappan Civilisation.

1.The Standing Buddha’s of Sravasthi, Sarnath and Kausambhi belongs to which school of arts?

D.All of the above

2. During whose reign Mathura School of Art reached its peak?

GK Questions and Answers on the Dravida style of architecture

3.Which of the following is not the feature of Mathura School of Art?

I.The Jinna image of Buddha is a remarkable feature of this art.

II.The indigenous style of Buddha Image is also feature of this art.

III.The soles of the feet of Buddha are decorated with Tri ratna.

IV.The presence of the two attendants by the side of Buddha.

D.All of the above

4.Gandhara School of Art that was developed in the form of sculpture is the fusion of:

5. How many hand gestures of Buddha were depicted from Gandhara School of Art?

GK Questions and Answers on the Nagara style of architecture

6.Which of the following is the feature of Gandhara School of Art?

D.Anatomical accuracy is not there.

7.In Amravati school of art white marble is used and the themes were:

A. Buddha’s life and Jatakas tales.

B. The curly hairs of Buddha is a feature that is influenced by the Greeks.

GK Questions and Answers on the architecture of Stupa

8.Bamiyan Buddha is an example of which school of art?

9.Initially Gandhara School of Art was influenced by:

10.Which of the following statements is/are correct:

(I) Grey Sandstone was used in Gandhara School of Art for making images.

(III) A headless statue of Kanishka was found in Mathura.

From the above Questions and Answers we got an idea about Gandhara, Mathura and Amravati School of arts and architecture, their symbols, places, features, styles etc.

GK Questions and Answers on the Traditional Textile Motifs of India