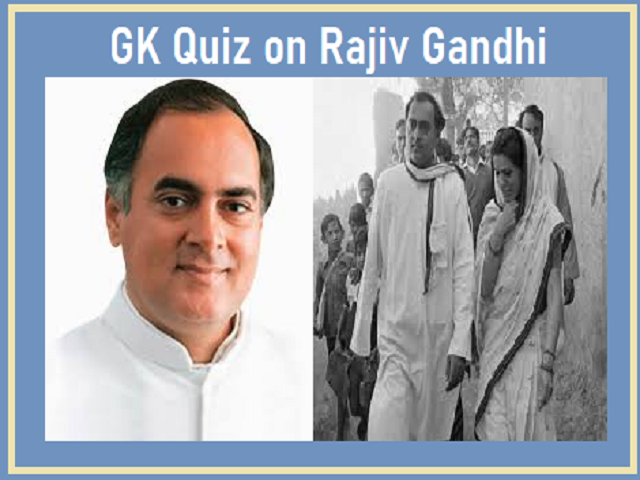 Rajiv Gandhi's 76th Birth Anniversary: Rajiv Gandhi became the youngest Prime Minister of India after the assassination of his mother Smt. Indira Gandhi. On the 76th birth anniversary of former Prime Minister Rajiv Gandhi, Rahul Gandhi said he is proud to have him as his father.

Sadbhavana Diwas 2020, 76th Birth Anniversary of Rajiv Gandhi: All you need to know

3. In which school Rajiv Gandhi got admission first?
A. Elite Doon School
B. Welham Prep
C. Rose Marry School
D. None of the above
Ans. B
Explanation: Rajiv Gandhi went to school at Welham Prep in Dehradun but soon moved to the residential Doon School in the Himalayan foothills.

8. In which year MTNL was established by the efforts of Rajiv Gandhi?
A. 1985
B. 1986
C. 1987
D. 1988
Ans. B
Explanation: Rajiv Gandhi brought a revolution in the field of information technology and telecom. By his efforts, the Mahanagar Telephone Nigam Limited (MTNL) was established in 1986.